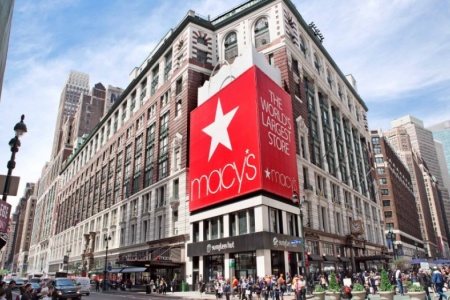 It is true that we are more likely to make purchases upon recommendation by a familiar face, versus the glossy advertising images in publications or which show up on the screens of our mobile devices. The latter, in most cases, only serve as a mild annoyance. To get brand messaging across to consumers, marketers need to consider the impact of storytelling in an authentic way, in the same way that digital influencers – the term used to describe the people, largely comprising millennials, who have leveraged the power of the internet, especially social media platforms, to build communities spanning the globe – have.   At its best, a single recommendation by an influencer can lead to sold-out product, while a less successful campaign would still have placed the product in front of a vast number of eyeballs, who otherwise would not have seen or heard about the product, via traditional media.

Emily Weiss of Into the Gloss, Leandra Medine’s Manrepeller, and Chiara Ferragni’s The Blonde Salad, are examples of influencers with global reach, who have used storytelling to influence their communities. Each of these women have built substantial businesses via their digital platforms, driving sales via the articles that they publish, written in their own voice. Consider this: Last month when Manrepeller announced that they were launching a physical pop-up store, the announcement created quite the bustle among the website’s readers. Upon launching the store, merchandise had to be reordered multiple times in a single week, as they flew off the shelves. Emily Weiss is one of the most successful among the group of influencers, having used her blog, Into the Gloss and its community of readers, to develop and launch a beauty brand, Glossier. The company recently raised $24 million in a round of Series B. What each of these women have done, is use the power of storytelling to build a community of people, who look to them for advice and to communicate with each other issues that they experience. The sense of community and more importantly, trust, is what drives readers to make purchases at the recommendation of the influencer.

The strategy of driving sales via storytelling can be adopted by retailers and if done correctly and in an authentic way, can prove to be very successful. Luxury “e-tailer” Net-a-Porter utilized a similar strategy, by using its weekly digital magazine, “The Edit” and seasonal publication, “Porter,” to drive traffic to it’s website, via shoppable editorial content. Content has also been at the center of “Touch of Modern’s,” sales strategy. The company saw its revenue skyrocket to over $100 million last year and has committed to investing in the expansion of its editorial content to include short videos, according to the company’s CEO, Jerry Hum.

But storytelling doesn’t always have to be in the digital form, as evident by New York-based store “Story,” which adapts the store’s visual merchandising under a different theme every four to eight weeks. The store describes itself as having the “point of view of a magazine, changes like a gallery, and selling things like a store.” This is an innovative approach to engaging consumers who are always hunting for the new. The layout of the store is always Instagram ready, meaning every corner and angle arranged to look good in images, particularly when shared on social media.

Story’s concept of merchandising in a way which tells a story is a tactic that retailers should pay close attention to, to engage consumers. Walking into major department stores today, like Macy’s or J.C. Penny’s, look the same as the store’s floors did, as far back as five years ago. With no dialogue or efforts to evoke desire in consumers, by engaging them in interesting ways, retailers are likely to suffer losses in sales and will in time, become irrelevant among shoppers.

Nike to sell directly on Amazon