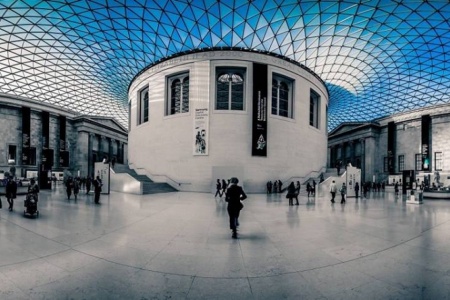 The British Museum is to sell products inspired by its collections to Chinese shoppers, both online and through shops.

The museum is working with Alifish, Alibaba’s online licensing platform, to sell British Museum licensed products via a branded webstore on its global marketplace, Tmall.com. It is also working with licensee partner Alfilo Brands to launch a range of British Museum-branded stores.

Online, Alifish will supply e-retailing and data mining support to help the British Museum tailor its range for the Chinese market.

The British Museum’s multichannel presence is expected to attract great interest in China. The museum, whose collections tell the stories of cultures across the world, is a popular attraction for Chinese visitors to London. When it was founded in 1753, the first public national museum, it was as a museum for the world.

Hong Ying, general manager of Alifish, Alibaba Group’s Licensing and Eentertainment Business Unit, said: “Alibaba are proud to be a partner of the British Museum with an online platform to directly engage new audiences and bring history cared for by the British Museum to the homes of the Chinese consumer. We will leverage our sophisticated data insights to connect manufacturers with the British Museum’s IP portfolio to develop authorised, branded products. The British Museum is the most visited attraction in the UK and our collaboration with the Museum allows hundreds of millions of Chinese consumers to experience and enjoy some of the most important milestones in human history.”