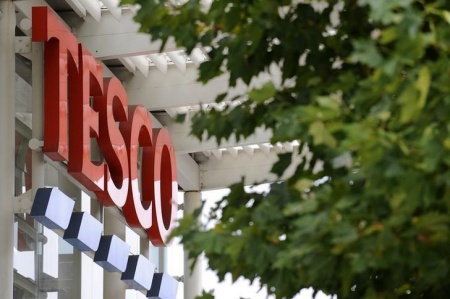 Last week, Tesco announced that its annual pre-tax profits are up 795% on last year’s figures as the brand enters its ninth consecutive quarter of growth. The results confirm that CEO Dave Lewis has successfully returned the company to its former glory, after its historic loss of £6.4bn in 2015.

The series of films celebrates real Tesco shoppers and the recipes they cook for their loved ones. For example, foster parent Birdie shares her jerk chicken dish, which she’s been making to welcome more than 800 foster children into her home over the years.

Overseeing the campaign is Tesco’s marketing communications director Emma Botton. Contagious spoke with Botton to find out more about the supermarket’s turnaround.

What were the key decisions that Dave Lewis made when he looked to turn the company around?

The most important thing was rebuilding the Tesco brand around a clear customer proposition. It was about going back to what made Tesco great and reengaging its purpose of serving Britain’s shoppers every single day. It was about elevating that purpose so that’s front and centre of every colleague’s mind, in terms of how they’re showing up for work and how they’re making decisions.

It sounds so simple. But I bet it’s one of those things that’s hard to get everyone to stick to.

I personally think that’s what [Dave Lewis] is brilliant at. He looked at what made Tesco brilliant right from the get-go and has harnessed that, reengaging and lighting that fire. Often in business, it is about making seemingly complicated things very simple again. If you’re trying to bring cultural change, and engage 300,000 employees around something, you need to make it as clear, engaging and simple as possible.

What is the culture of the company like now?

I see a business that’s engaged and motivated by nine consecutive quarters of growth. I see a business that is far less complex, and that means speed and that people have rewarding jobs where they know how they’re adding to the bigger picture. It’s a very thrilling and energised environment. The first time I realised things were changing for Tesco was when my mum said she’d returned to the brand after a few years of shopping elsewhere. She noticed the improvements in quality of the fruit and veg (and loves the Ripen at Home avocados).

The whole purpose of rebuilding the brand is to make customers fall in love with you. You’ve got to ensure that the range, prices, service, quality and value are all there, so that you’ve got the building blocks of being a first-class retailer. But then you’ve also got to win customers’ hearts and minds, whether that’s via different experiences or with an advertising idea that feels as though it’s really talking directly to people. There’s an art to getting that balance right, rebuilding the brand and bringing the business up at the same time. It’s no mean feat.

Can you give some examples of how Tesco has generated that brand love?

We diversify in all sorts of things, but food is a massive part of our strategic intent. As part of that, we created the Food Love Stories. They are designed to show that Tesco understands the role of food in people’s lives, and that people love to show others how much they care through food. The combination of food plus the people to whom it’s important has proved to be quite a winning combination.

Another example would be the Tampon Tax campaign. It was about Tesco doing the right thing and, again, doing the right thing for customers was one of the qualities we made our name on. Here’s a situation where, on average, women are spending £300 a year on a tax that could be questionable. Helicopter parts don’t have a tax on them, and yet women’s sanitary wear does. So Tesco said, ‘Actually, this isn’t right. We can do something about this.’ How did that process unfold?

What’s exciting, is that we were the first to do it. And subsequently a lot of competitors followed suit. But again, that goes back to what made Tesco great. Tesco was the first to think about a club card, baby changing, parent and child spaces and car parking. When you put the customer first, the right decisions follow.

How have you improved the customer experience the store?

One example is that we started offering free fruit for kids in store. We put ourselves in the shoes of a parent walking around the store with small children, pestering for sweets and fizzy drinks. We’re making sure there are healthy things available and have now given away 50 million pieces of fruit.

Wicked Kitchen – a range of ready meals and food-to-go that’s plant based – is another great example of innovation. It has been a phenomenal success. It’s a great opportunity as more and more people are looking for different choices. Now, it’s not just for vegans – there’s a lot of people who are choosing to do things like only eat meat two days a week.

When you’ve got both food and the customer at the heart of your strategy, these innovations and opportunities present themselves quite quickly.

What have you learned during your time at Tesco so far?

I think putting the customer at the heart of the business is a fantastic filter for your decision making. It doesn’t mean that life and business is easy, but it does make it easier. Because your choices are: is this helping us serve Britain’s shoppers a little better every day, yes or no? And if it’s a no, you’ve really got to question why you’re doing it.