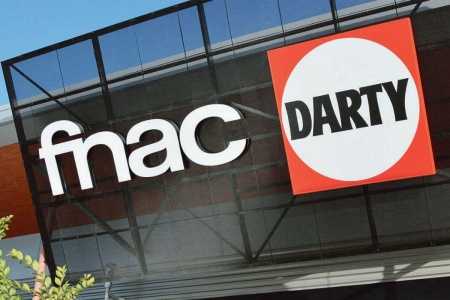 French electronics retailer Fnac Darty said it would roll out demonstration areas for Google products and services in all its stores, as it speeds up the integration of Google’s voice assistant and to fend off challenges from Amazon.

The deal initially lifted shares in Fnac Darty by 1.9 percent, sending the stock – in which Germany group Ceconomy has a 24 percent stake – to the top of Paris’ SBF-120 index.

Fnac Darty shares later pared some of those gains to stand 0.6 percent higher by 0730 GMT.

The move comes as Google’s rival Amazon is also set to launch its own Alexa voice assistant in France this spring.

Fnac Darty said in a statement that customers would be able to explore Google’s range of products in hands-on areas ranging from 10-50 square metres.

People visiting Fnac Darty stores would also be able to examine options offered by the Google personal assistant, loaded on many devices such as the Google Home smart speaker or compatible smartphones, and the general Google ecosystem.

In March, French retailer Carrefour, which has a purchasing deal with Fnac Darty, said it had joined forces with Google to create an online voice assistant called “Lea” as part of the French retailer’s digital expansion.

Carrefour chief executive Alexandre Bompard, who joined last July and is the former boss of Fnac Darty, announced plans in January to invest 2.8 billion euros (£2.4 billion) in digital commerce by 2022, in the face of competition from Amazon.