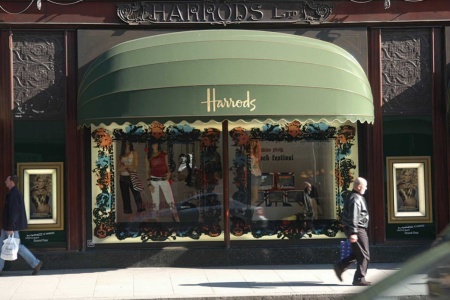 Harrods is on a major drive to ‘do good’, reduce waste and also to reach its Millennial target consumers in ways that are important to them. And its latest initiative certainly does all of these things.

The luxury department store has just opened a charity pop-up shop for a month featuring donations from its own rails and also from shoppers who have given high-end designer items that have been worn only once or twice.It will be one of the most upscale charity shops ever and will also be the venerable retailer’s first standalone charity store in its almost two-century history.It is close to the main Harrods department store on Sloane Street among some of the most ultra-luxury labels such as Tom Ford, Gucci and Louis Vuitton.It follows the retailer earlier working with Vetements to raise awareness of fashion waste that saw the cult label piling up unused and unwanted clothes in Harrods’ windows.The new charity initiative is a collaboration with the NSPCC and has been dubbed Fashion Re-told. Labels donated by Harrods itself will include Paul Smith, Mulberry and Peter Pilotto with the offer set to span multiple categories including womenswear, menswear, kidswear, and accessories.Prices will be keen but not dirt cheap with the Evening Standard saying that a Missoni skirt would cost around £100, and a Max Mara dress would start at £200, as would new handbags.The store will be staffed by volunteers from both Harrods and the NSPCC, with the retailer’s MD Michael Ward, who came up with the original idea, saying it could happen more frequently if it’s a success.