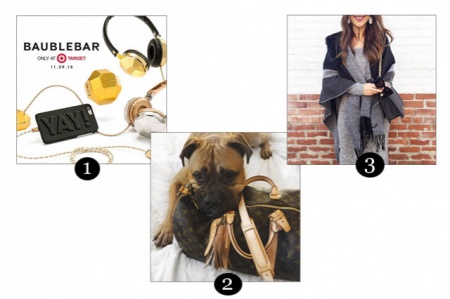 For its latest “partnership,” Target has notably not chosen a runway fashion designer. Instead, it’s teaming up with BaubleBar, the popular “fast fashion” jewelry line, for a collection called SugarFix by BaubleBar.

The 180-piece collection were launched on January 31st online and in Target’s 900 stores, bringing an already-ubiquitous jewelry brand into even more locations. According to WWD, it’s Target’s first partnership with a jewelry and accessories brand.

As Refinery29 notes, the “partnership” is similar to the one Target struck with WhoWhatWear, in which the popular fashion site puts its name on a product line sold exclusively at Target in a longterm deal instead of a one-time “collaboration.”

But BaubleBar has the advantage of already being a popular online brand that shoppers are also used to seeing in stores like Nordstrom, Anthropologie, and Bloomingdale’s. And with prices around $30-$60, it’s a brand that the Target shopper probably feels pretty comfortable with.

Most importantly, BaubleBar is doing a lot of the things other less successful brands or retailers can’t seem to nail these days. It’s aced the fast fashion model with a speedy supply chain (as short as four weeks), reportedly launching 50 to 70 new products a week; it’s found a price point that’s palatable to customers who are shopping for new trends at a higher frequency; and it’s leveraging brick and mortar (still the most preferred way of shopping for many) while not relying on it. There’s a reason the company, started by two female Harvard Business School grads, just raised $20 million in a Series C funding.

For Target, the fast fashion mentality is key to keep it competing with retailers like Zara and H&M for trendy shoppers’ dollars. And SugarFix by BaubleBar will be even more affordable than regular BaubleBar: BaubleBar’s average price point is $50, according to cofounder Daniella Yacobovsky, while the average SugarFix price is $14.99.