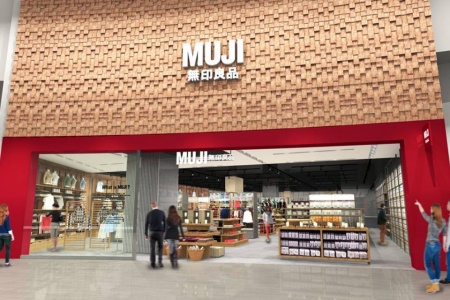 Asian retail giant Muji will officially open its first pop-up retail store in Vancouver this week, but officials have already confirmed that the Lower Mainland will be seeing two permanent stores by the end of the year.

In an interview with Postmedia News before the opening of the Japan Unlayered exhibition at the Fairmont Pacific Rim (of which the Muji pop-up store will be part), Muji Canada president Toru Akita said the iconic brand will open one permanent retail location on Robson Street and another in Burnaby.

Tokyo-based Muji, which features minimalist merchandise ranging from clothing and cosmetics to stationery and cooking utensils, opens its door at the Pacific Rim on Jan. 27. The store’s size limits it to only a handful of customers at any given time. Customers are required to make online reservations (beginning Jan. 25) before visiting.

The pop-up location will operate until Feb. 28. Officials say the total maximum capacity of the store for the month is about 15,000. Muji hopes to fill that completely.

Satoshi Okazaki, director/executive officer of Muji’s parent firm Ryohin Keikaku, said the company has been looking at North America carefully in the past few years. Muji has been in markets like Great Britain since 1991, but Okazaki said entry to Canadian and American markets has consumed their attention in recent years.

Muji recently opened a 6,351-square-foot store in Santa Anita, Calif., its 13th in the U.S. since coming ashore in 2013. In Canada, Muji’s three existing stores — including the first 4,400-square-foot location near Dundas Square that opened in 2014 — are all in the Toronto area.

Officials wouldn’t disclose Muji’s exact Robson Street location, but retail observers have long contended that the 1100-block between Thurlow and Bute has been losing retail foot traffic to places like the 1000-block near Burrard, and the area near Pacific Centre and Nordstrom. Observers have said a strong anchor tenant on the 1100-block of Robson would significantly reverse the momentum.

Akita said Muji is working to make the permanent stores a reality as quickly as possible.

Target Teams Up With BaubleBar