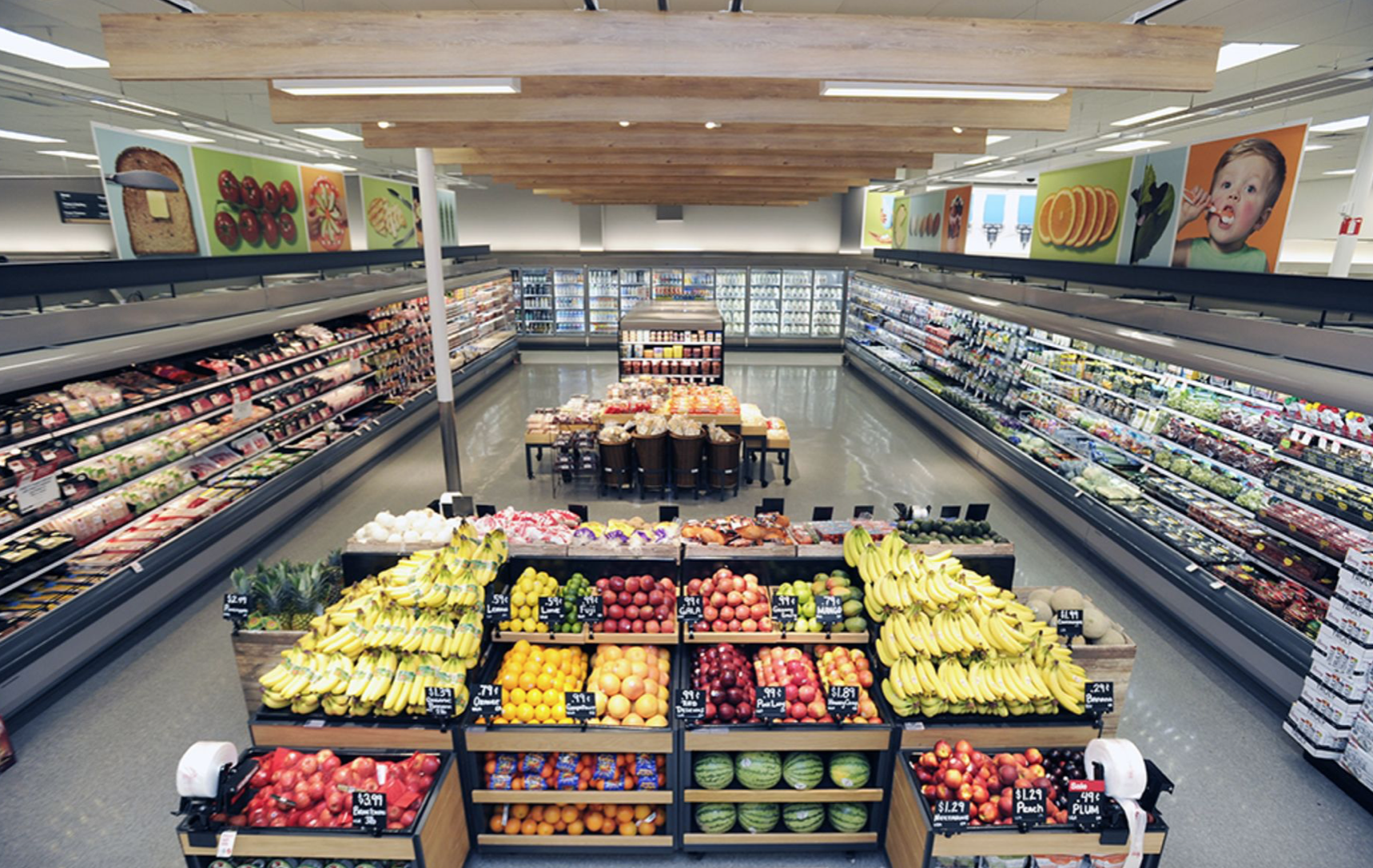 After years of rolling out private-label brands in apparel and home goods, Target is starting a new grocery brand.

Products from the new line Good & Gather will hit Target stores beginning Sept. 15. The retailer said that by the end of 2020, the brand will have more than 2,000 items — everything from organic pizza crusts, milk and eggs, hazelnut and peanut butter spreads, frozen veggies, salad mixes and pastas. Target said it expects Good & Gather will be a multibillion-dollar brand — and the largest of its private labels.

“We’ve been hard at work [on this] for the last couple years,” said Stephanie Lundquist, head of food and beverage at Target. “Food and beverage play such an important role for Target’s business … for the Target experience.”

Today, nearly 75% of Target shoppers in stores are adding at least one food item to their baskets, she said, and when they do, their basket sizes are two times larger.

“One of our biggest strengths is the fact that we are a one-stop shop for our guests,” Lundquist said.

Still, analysts have often criticized Target’s fresh food offerings as lackluster and an afterthought. Shoppers can find national snack brands there, like Frito-Lay chips, Chobani yogurt and Cheerios cereal. But people don’t often seek out Target as a destination for all of their groceries, as they might at Walmart. Instead, a loaf of bread or a box of granola bars have been add-ons to Target baskets already filled with makeup and cleaning and office supplies.

“Grocery is the one spot in their stores they haven’t fixed yet,” said Brian Yarbrough, an analyst at Edward Jones. “But they are in a much better spot than they were four or five years ago.”

The potential is there. Walmart gets more than 50% of its business from grocery versus about 20% for Target, Yarbrough added. And consumers are increasingly willing to buy private-label products at grocery stores.

A wave of store-owned brands

The Good & Gather launch follows a period of heavy investing by Target in other parts of the store and in its own labels. The company will end the year with more than 25 new owned-and-exclusive brands, like A New Day for women’s clothes, Project 62 for furniture and Hearth & Hand with Magnolia for home goods. It started making the investments in 2017 as part of its bid to keep shoppers coming to Target for things they can’t find elsewhere except for Amazon. It also has helped pull Target out of a sales slump.

Target shares have broadly outperformed the industry and are up more than 27% this year. The S&P 500 Retail ETF (XRT) is down nearly 6%.

“I think the reason they haven’t done as much in food to date … is food is much more competitive,” said Neil Saunders, managing director at GlobalData Retail. “Food is also much higher risk because the margins are lower. … I think the staples are what they are, and for the everyday things you need, Target does a reasonable job.”

As part of the Good & Gather launch, Target will also be phasing out two food brands, Archer Farms and Simply Balanced. It will also scale down the number of items it sells under Market Pantry, which makes basic goods like sandwich breads, cooking oils, sauces and canned vegetables. The addition of Good & Gather to Target stores also means it will slightly increase the amount of shelf space it devotes to private-label products versus national ones.

As a result, Target’s penetration of store-owned brands in the grocery category will climb. But Lundquist said national brands will still serve an “important role” in the space.

‘Nibble away’ at the market

Target’s investment in a new private-label grocery brand could be coming at just the right time.

Private brands in grocery stores are showing more momentum than manufacturer brands, across all income levels of shoppers, according to a recent report from the Food Marketing Institute in partnership with IRI.

In 2018, sales of private-label brands at grocery stores, which would include places like Kroger and Publix, were $75 billion, up 1.5% from a year earlier. For online grocers, private brand sales surged an incredible 80.2% in 2018, the report said. At convenience stores, like 7-Eleven, they were up 12.5%.

At mass merchants, like Walmart and Target, private brand sales amounted to $5 billion and were up 7.4%, the report said. Private food brands overall in the U.S. brought in sales of $153 billion in 2018, up 5.5% from a year earlier.

“I think there is a much greater acceptance of private brands across the board than historically,” said Mark Baum, a senior vice president at FMI. One reason for this is “younger people don’t grow up with the same nostalgia as their parents did.” Secondly, “there hasn’t been the kind of innovation in national brands that has been getting consumers excited,” he said.

Walmart, the largest retailer in the world by sales, has used its private labels in the grocery aisles, like Great Value, to focus on low prices.

“What Target shouldn’t do is take on Walmart directly [in grocery],” Saunders said. “What Target should be about is great products … at reasonable prices. There is room for Target to nibble away at the market.”

Good & Gather will be Target’s new flagship brand but then will be broken down into different categories: kids, organic, seasonal and signature. The seasonal brand will include pumpkin-spice flavored snacks, for example, and the signature line will have more premium goods for more people with discerning tastes.

In working on this brand for the past few years, Target has also made sure it gets “taste” just right, Lundquist said. She said that when Target was polling consumers, taste was something they thought most about when navigating the grocery store. All Good & Gather products will be made without artificial flavors and sweeteners, synthetic colors and high-fructose corn syrup.

As it hits stores next month, the brand is also going to have prime spots in stores, with displays at the end of aisles. Its presence will be hard to miss.

For those who still doubt Target’s knack for grocery, the Good & Gather launch could be just what Target needs to call attention to its recent efforts.

Analyst Yarbrough said Target’s store remodelings include revamped grocery aisles, where fresh produce is displayed in sleek wooden bins. Grab-and-go food has a bigger presence. The lighting is brighter and the tiled flooring is a neutral hue, making the space more welcoming overall.

Target also offers same-day delivery of groceries via its Shipt subsidiary and has curbside pickup at more than 1,500 stores.

But Target knows there’s still more work to be done.

“We have to be [reliable], we have to be abundant and fresh, and we have to be relevant,” Lundquist said. “We’ve taken days out of [our] supply chain. We’re getting from field to shelf way faster. … Having an end-to-end team now we can really build on the momentum we’ve gained.”

Target is set to report quarterly earnings before the market opens on Wednesday.