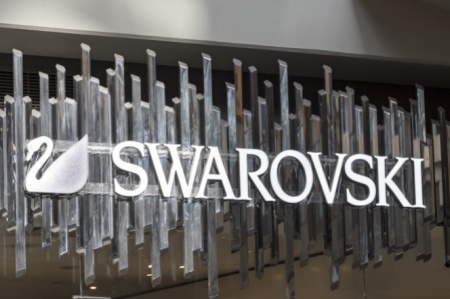 If you think Times Square doesn’t boast enough glam and glitter, have a crystal heart.

The bling maker quietly leased the former Roxy diner in July, city records show. As I told you, the building is on a long-term ground lease to Jeff Sutton.

Robert Cohen and Jackie Totolo of RKF represented the crystal purveyor, which will open in fall 2017 with plenty of signage. Sutton negotiated on his own behalf.

My crystal ball tells me the rent was the highest in Times Square, which the Real Estate Board of New York pegged at an average of $2,363 per square foot in spring of 2016.

The current four-story property with 21 feet of frontage is also getting a makeover so that Swarovski will have an approximately 1,200-square-foot first floor with very high ceilings along with lower-level storage and a sign that will stretch to the rooftop. A second sign will be used by others.

Swarovski has shops in the main tourist corridors and buildings like 30 Rock, but since its 1540 Broadway store closed, the retailer has been without a place in the crossroads of the world.

The Swarovski star has topped the Rockefeller Center Christmas tree for 13 years.