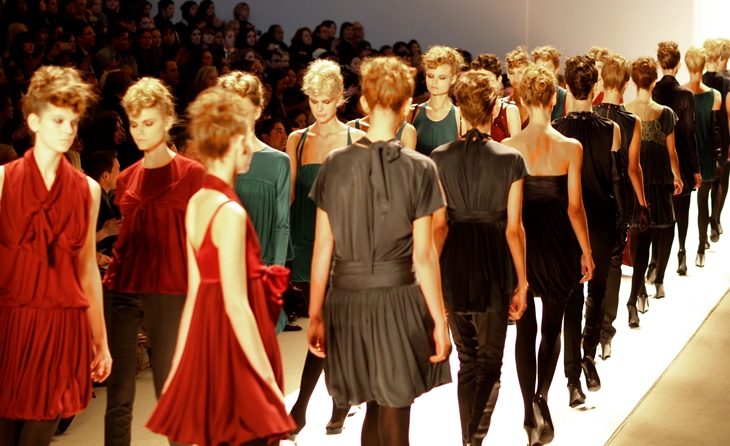 Meeting the demands of increasingly environmentally conscious shoppers, the fashion industry, known as one of the worst-polluting sectors, is embracing sustainability as the new “it” trend.

In a sign that the issue is no longer just an afterthought, the topic was a key discussion point at this year’s WWD Apparel + Retail CEO Summit, which concluded Wednesday in New York. The two-day event gathered some 300 top industry executives, including the CEOs of Macy’s, Kohl’s and Neiman Marcus as well as the heads of luxury brands Paul Smith and Ermenegildo Zegna.

“Five years ago, customers only cared about if they like the product,” designer Eileen Fisher said of her namesake company. “Now they care about whether (their purchase) makes a difference. … We need to move the flow of money to sustainable business. … We are thinking about ‘What are the other ways we can make money that don’t require making new stuff?’”

The Eileen Fisher brand, certified as B-Corp. since 2015, last year opened its first company-owned factory in Irvington, New York, to give new life to old and damaged clothes it takes back from customers, as new, limited-edition pieces for sale.

“Our customers have an appetite to engage with the brand outside shopping,” said Libby Wadle, president of J. Crew’s hip sister brand Madewell. “We have an audience that’s passionate about sustainability.”

About 10% of Madewell’s jeans sales are now tied to its denim recycling program, which involves Madewell taking used denim and recycling it into house installations, she said.

Yael Aflalo, CEO and founder of Reformation, known for its sustainably sourced apparel and business operation, said the brand had seen increased social-media engagement on sustainability from its customers. The company’s pitch on sustainability has also helped it attract talent in a tight labor market.

The future for fashion retailers is the cloud