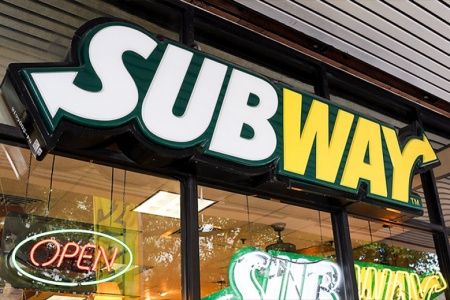 Subway Restaurants is planning to shutter an estimated 500 locations in the U.S. The Milford, Conn.-based chain wants to focus on better restaurant locations and boosting sales, according to Bloomberg. High on its priorities list is overseas expansion.

The news comes a year after Subway shut down 800-plus locations. 2016 also saw store closings, Bloomberg reported. The chain currently has close to 26,000 locations in the U.S.

Subway also expects to open 1,000-plus restaurants around the globe, including in Mexico, the U.K., Germany, South Korea, India and China, CEO Suzanne Greco told Bloomberg. With an estimated 44,000 locations in 112 countries, Subway is the largest restaurant chain in the world, according to the company website.

Subway is known for its sandwiches, but is facing increasing competition. In addition to convenience stores and drug stores starting to stock sandwiches, numerous other chain restaurants serve similar fare — from Panera to McDonald’s Signature Crafted Sandwiches to Starbucks, which is making a big play for lunchtime business.

Subway, whose restaurants are all franchisee-owned and -operated, could not provide a list of locations that would close, because those decisions are up to the franchisees.

“Looking out over the next decade, we anticipate having a slightly smaller, but more profitable footprint in North America and a significantly larger footprint in the rest of the world,” the company said in an e-mail, which it called the move “an aggressive revitalization plan.”

The revitalization plan is part of chain’s recent attempt to rebrand itself. In March, Subway launched a new line of wraps and a loyalty program, called Subway MyWay Rewards. The month before, its new “Make It What You Want” ad campaign began. And in July, Subway began rolling out a big redesign of its stores, which included a bright, new color palette, inspired by fresh vegetables.

“People are voting with their feet. They don’t want what Subway has to offer,” said Bob Phibbs, CEO of the New York-based consultancy The Retail Doctor. “They’ve been closing stores for a long time. They’re hoping to make this up internationally.”

He pointed to Subway franchisees’ anger over the reintroduction of the chain’s $5 Footlong and a spate of bad PR stemming from former pitchman Jared Fogle. In 2015, Fogle pled guilty to possession of child pornography and traveling across state lines to engage in sex with a minor and was sentenced to close to 16 years in prison.

“High volume covers a wealth of sins,” Phibbs said. “At end of the day, you cull out the ones that aren’t helping your brand. It’s less than 1% of your units.”