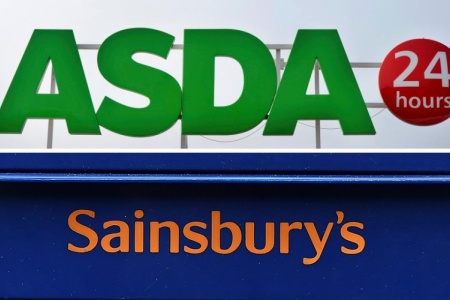 U.K. food retail is set for a massive shake up as J Sainsbury and Asda plan to merge in a deal worth $10 billion, creating a new giant for the supermarket sector.

The two companies merging are the second and the third largest retailers, currently. Given the size of the two companies, regulators will have to assess whether their merger would not create market disruptions.

Kevin O’Byrne, the chief financial officer of Sainsbury’s, said: “We think this is a great combination, creating a very dynamic player in the retail market.”

“The market has changed beyond recognition in the last 10 years and even in the last three years, the discounters have doubled their share, we’ve got new entrance coming into the market that just couldn’t exist a few years ago,” O’Byrne told CNBC Monday morning.

The merger will keep both the Sainsbury’s and Asda brands. The firms said in a statement that Walmart, which owns Asda, will have 42 percent of the issued share capital of the combined business and will not hold more than 29.9 percent of the total voting rights.

They also said that the combined business will generate at least $688.62 million in cost savings and lead to a reduction in prices of about 10 percent.

According to Bruno Monteyne, European food retail analyst at Bernstein, “scale remains the most important factor in food retail profitability.”

There have been several recent mergers in the food industry across Europe, in an attempt to fight increased competition from e-commerce firms, including Amazon. “The power of purchasing has been a driver behind several recent deals within the industry,” Monteyne also said in a note Monday.

The two grocers have struggled with their sales growth, which has weighed on their ability to get cheaper deals with suppliers.

“We think if you don’t change, if you don’t evolve, if you don’t move forward in the current climate then that’s very risky,” he said. The merger “allows us particularly in a very competitive market online and with discounters to give much greater value to our customers and that’s very important,” he added.

The deal will now be assessed by the U.K. competition authorities. Bruno Monteyne, from Bernstein, said he expects this process to take about one year to be approved.

“We expect the process for the CMA (Competition Markets Authority) to take one year and to be swiftly approved, if the CMA gives clearance with limited disposals. We think the risk of higher disposals is high and a non-negligible risk of outright rejection of the deal,” Monteyne also said in the note.

Subway to close about 500 U.S. restaurants