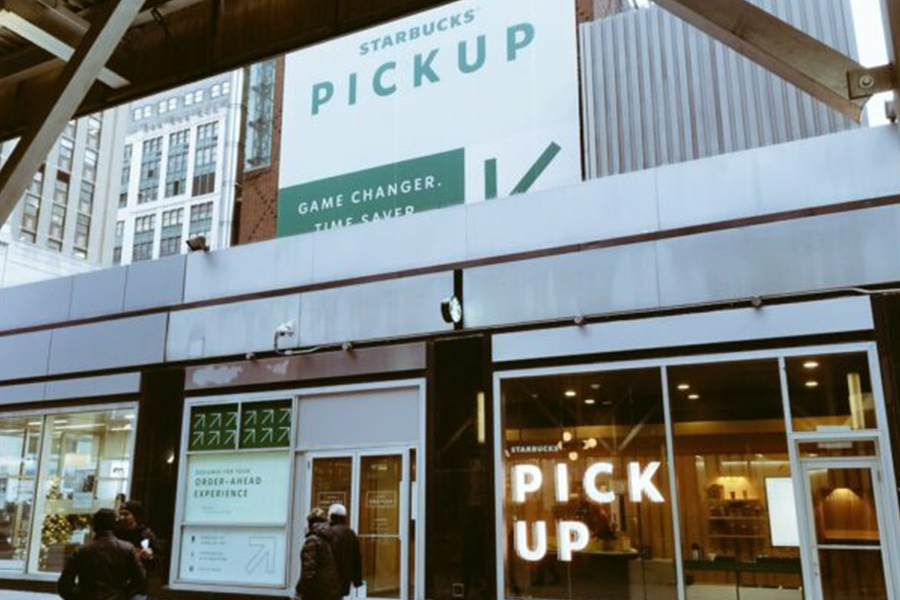 Starbucks just opened its first pickup-only store last month in New York City, dedicated to customers who order ahead with the Starbucks app.

The Seattle coffee giant debuted its mobile order-ahead app feature (also known as Mobile Order & Pay) in late 2014 and it quickly caught on with Starbucks Rewards members — so much so, in fact, that the innovation created a congestion problem inside stores.

The Starbucks Pickup concept is the latest evolution of the order-ahead idea. In 2017, Starbucks piloted a version of the Pickup concept for employees at its Seattle headquarters. And this past July the company opened its first Starbucks Now store in Beijing that focuses on mobile orders and delivery.

But the New York City location at Penn Plaza in the heart of Manhattan is the first official store meant solely for people who place an order with their smartphone.

The process works just like any other Mobile Order & Pay transaction. You pick items in the app and set the pickup location for “Pickup — Penn Plaza” at 242 W 34th St. You’re given an estimated wait time so you can ideally walk in, grab your brew, and walk out within seconds.

Starbucks CEO Kevin Johnson, a longtime tech exec who took over in 2017, told Bloomberg that Pickup could expand to cities such as Seattle, Chicago, and other large metros.

The stores could also become a hub for delivery orders, much like Starbucks is doing in Beijing with Starbucks Now.