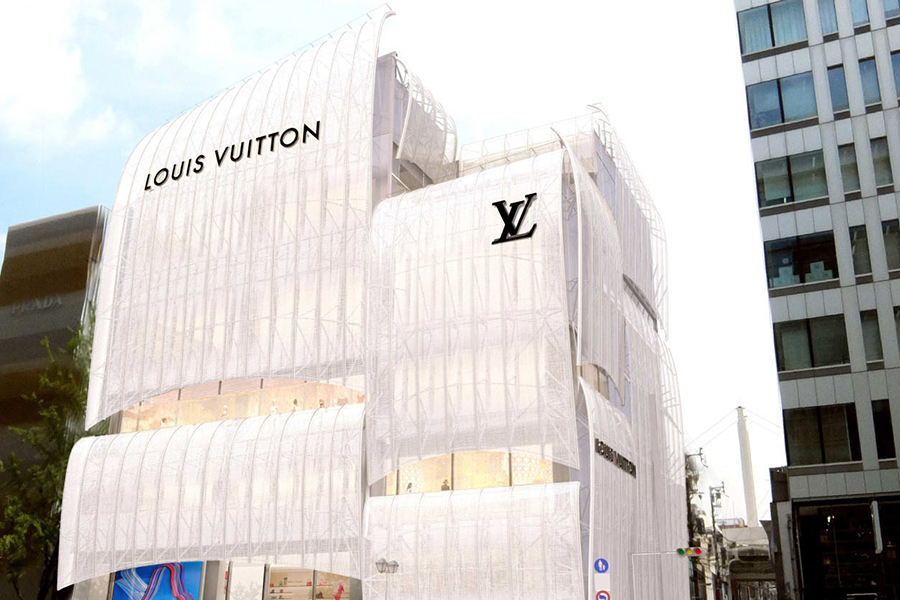 If you’ve been quietly hoping for an opportunity to eat a high-priced meal after you purchase some luxury leather goods, you may finally get your chance. Louis Vuitton is reportedly opening its first-ever restaurant and cafe inside its new Osaka, Japan flagship store. Le Café V will have pride of place on the top floor of the four-level store, and the menu has reportedly been designed by Japanese chef Yosuke Suga, the former executive chef of L’Atelier de Joël Robuchon in Tokyo. The adjacent restaurant, Sugalabo V, will serve dinner to an ultra-exclusive guest list—which reflects the M.O. of Suga’s original Sugalabo location, which is apparently as difficult to find as it is to get in to.

WWD reports that artist and designer Tokujin Yoshioka created the visuals for the restaurant’s charger plates, which will pay homage to that unmistakable LV monogram. (One of Yoshioka’s previous projects was to design the rose-gold torch that will be used for this summer’s Olympic games, which will be held in Tokyo, so a plate was probably a piece of cake… quite possibly an LV logo cake.)

The building itself was designed by Jun Aoki, whose portfolio also includes the Louis Vuitton stores in New York City and in Hong Kong. The retail floors of the Osaka location are scheduled to open on February 1, while Le Café V and Sugalabo will both debut on February 15.