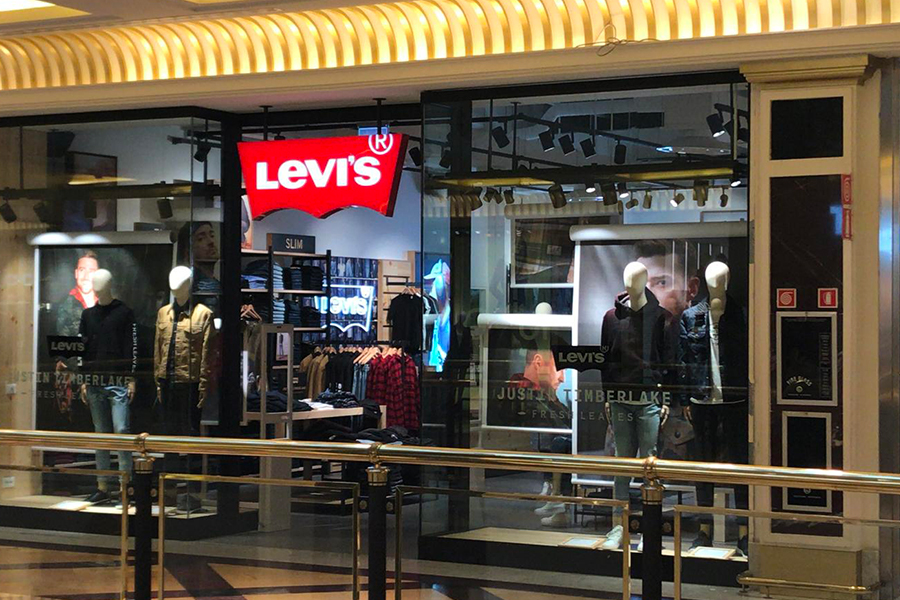 Levi’s will continue to expand its direct-to-consumer and tech-infused retail strategies by opening more doors with smaller footprints in the United States.

The company accelerated the U.S. rollout of ship-from-store due to its strong performance, and it’s now leveraging RFID technology in over 600 doors across 17 countries in order to provide greater inventory visibility.

The smaller stores, which will be around 2,500- to 4,000-square feet, mimic the successful model the company deployed internationally, Levi’s president and CEO Chip Bergh said in an earnings call, of “smaller footprint, more profitable, more capital-efficient stores in better locations.” They will support the company’s objective to increase distribution of its premium products in the U.S., with tests for a handful of locations planned this year.

The calendar was not in Levi’s favor this fourth quarter, the company noted in its earnings statement, as it failed to incorporate Black Friday and the accompanying bump in sales. As a result, net revenue dropped 2%, to $1.57 billion, with adverse effects also experienced by political unrest in Hong Kong and its acquisition of a distributor in South America.

When it adjusts for this unfavorable dating, however, the company saw Q4 net revenue grow 3%, driven by its expanding DTC presence and international growth. Its DTC net revenues grew 10% globally when adjusted for the lack of Black Friday.

Levi’s is also focusing on its initiatives to expand its wholesale distribution in order to gain share within the largest department store retailers. Efforts include elevating its product presentations, broadening its portfolio, making incremental penetration within premium retailers, and growing its footprint and distribution in existing specialty and regional retailers.

The company is expanding its digital business across pure-play, wholesale dot-com and its own e-commerce site, while simultaneously growing its presence with its mass-channel partners. “We believe these initiatives will support our aspiration to manage the U.S. wholesale business to flattish over time,” Bergh said.

& Other Stories to open first store in Russia