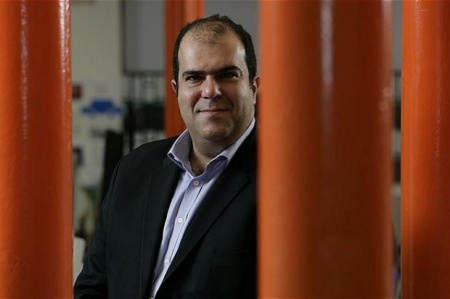 Sir Stelios Haji-Ioannou, the founder of easyjet, has finally launched his assault on the competitive budget grocery sector with the trial of his first easyFoodstore shop.

The easyFoodstore is selling all of its grocery items, including noodle pots, sardines and tinned spaghetti hoops, for just 25p for the whole of February.

The easyFoodstore currently sells a range of 76 products, meaning that a shopper could buy all of the goods on offer for less than £20.

The North London store follows Sir Stelios earlier failed attempt to open a shop in Croydon. This was scuppered after planning permission was denied in 2014.

Instead Sir Stelios used the Croydon site to test a mock-up of the shop with target customers and retail analysts.

The new store has a very basic layout, with cans and packets of food stacked high on shelves. The website promises “No expensive brands, just food honestly priced”.

Sir Stelios told The Telegraph: “This is another way the easy brand can serve the less well-off. Given my experience in distributing food for free in Greece and Cyprus , this is a more commercial attempt to sell basic food for 25p per item to those less well-off in the Park Royal , London area.”

He is being supplied in his new venture by Euro Shopper, a brand produced by Dutch non-profit buying alliance AMS which works on behalf of ten other European retailers, including Kesko in Finland and Esselunga in Italy.

Sir Stelios said in 2013 that his interest in the food retail market was sparked by the widespread use of food banks.

The Greek-Cypriot entrepreneur has previously said that he believed there was a gap in the food retail market “a niche below some of the current budget operators such as Aldi and Lidl”.

Amazon Is Said to Be Planning an Expansion Into Retail Bookstores

Retail Is A Brand Without An App Still The Same?