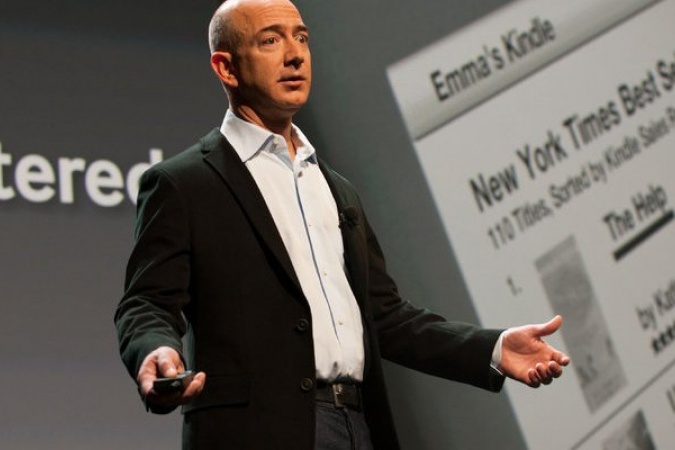 Amazon signs may be headed to more physical storefronts.

The Internet retailer plans to open more brick-and-mortar bookstores following the unveiling last year of one such location in its hometown, according to a person briefed on the matter who spoke on the condition of anonymity to discuss confidential plans.

But the company’s plans for physical stores are modest, this person said, especially in comparison with reports of an expansion suggested by an unusual source, the chief of a large shopping mall operator.

Sandeep Mathrani, chief executive of the mall operator General Growth Properties, was answering questions from analysts on Tuesday about foot traffic in malls when he said, of Amazon’s bookstore plans, “Their goal is to open, as I understand, 300 to 400 bookstores,” according to a recording of the call.

Mr. Mathrani did not say how he heard about Amazon’s plans. Kevin Berry, a spokesman for General Growth Properties, declined to comment further. The Wall Street Journal earlier reported on Mr. Mathrani’s comments about Amazon.

Even if Amazon is not planning to go nationwide with its stores anytime soon, any expansion of its brick-and-mortar presence is likely to send shivers down the spines of other booksellers. Amazon’s success as an online retailer of physical and electronic books has already devastated chains like Borders and seriously wounded Barnes & Noble.

Independent booksellers, though, are seeing sales growth in many parts of the country, showing how reluctant some book fans have been to give up browsing store shelves.

“There are all kinds of studies that show the best way to find things when you don’t know what you’re looking for is an old-fashioned bookstore,” said John Mutter, editor in chief and co-founder of Shelf Awareness, which publishes an email newsletter for booksellers and librarians. “I think that’s a major part of what Amazon is trying to do with this bookstore in Seattle.”

Mr. Mutter said the success of some booksellers could not have escaped the notice of Amazon’s chief executive, Jeff Bezos.

Last year, Amazon opened its first physical bookstore in the University Village shopping mall in Seattle. The store features thousands of books, a tiny sampling of those on Amazon’s website, most of them with customer ratings of four stars and above.

The books sell for the same price in the store as they do on Amazon’s site. Because book prices regularly change on the site, visitors to the store scan books using a mobile app to find out how much they cost.

Although the store is called Amazon Books, it prominently features a growing array of Amazon-made devices, including the Kindle tablet, the Fire TV set-top device and Echo, its home speaker and virtual assistant.

Because Mr. Bezos has outsize ambitions for most of the company’s initiatives, the opening of the Seattle location quickly led to speculation about a nationwide chain of Amazon stores. Jennifer Cast, an early Amazon executive and trusted lieutenant of Mr. Bezos, returned to the company to help oversee the store initiative after leaving Amazon more than a dozen years ago.

Sir Stelios takes on the supermarkets with food for 25p