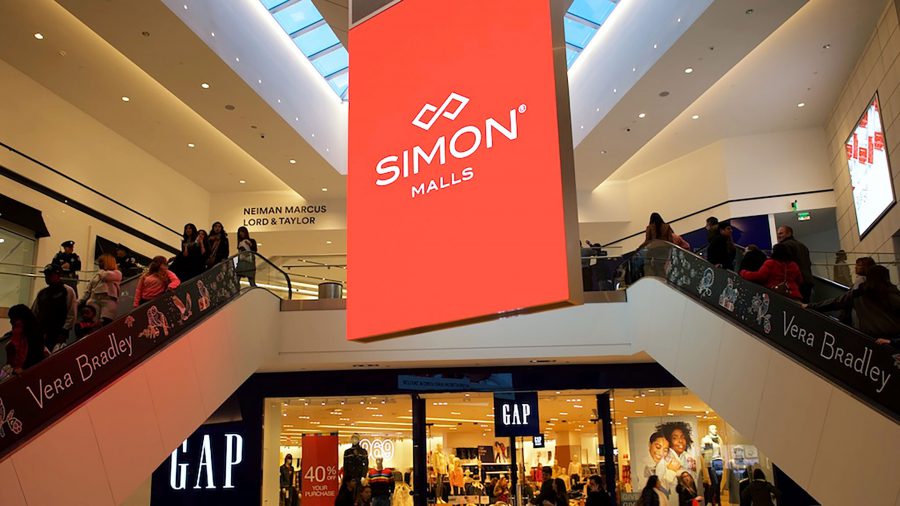 The biggest mall owner in the U.S., Simon Property Group said it’s considering more opportunities where it would invest in a retailer to help keep it afloat.

“I think it’s very possible — we’re going to be very smart about it,” Simon CEO David Simon said on a post-earnings conference call when asked if he would consider investing in more of the landlord’s tenants. “We’re certainly as good as the private-equity guys when it comes to retail investment. And so, I wouldn’t rule it out.”

“We’ll work together on other distressed situations.” But, he added, “we’re only going to buy into companies that we think have brands and that have the volume that is worth doing it.”

Just about three years ago, Simon and mall owner General Growth Properties, which is now owned by Brookfield Property Partners, teamed up to rescue embattled teen apparel retailer Aeropostale. The two were part of a group that ultimately won an auction to buy the Aeropostale brand out of bankruptcy court, salvaging its real estate. At the time, Simon had about 160 Aeropostale stores in its portfolio, while GGP had 77. A total liquidation would have left them with more than 200 empty shops.

Now, as more than 7,000 store closure announcements have already funneled through this year, with more expected to come, Simon could be eyeing other deals similar to this one. It’s already a partner with Authentic Brands Group, a house for brands such as Juicy Couture and Nautica, and recently became a shareholder in e-sports provider Allied Esports, with plans to open up more gaming venues at its malls.

The next deal could be with Forever 21. Bloomberg reported last month that apparel retailer Forever 21 was asking its biggest landlords, including Simon, if they’d consider taking a stake in the business as it’s exploring restructuring.

Forever 21 has more than 800 stores, many in malls, globally. Forever 21 is notably Simon’s seventh-largest in-line tenant in terms of how much rent it brings the landlord, with 99 stores across Simon properties.

Forever 21 declined to comment. And Simon wouldn’t speak to the Forever 21 report specifically, but the CEO said: “I would say we certainly have the ability to help beyond what you might do on the leases … [to] become an investor in a distressed situation.”

One of the perks of this, he said, would be greater insight into a company’s financials to be able to determine how much a tenant should be paying in rent.

Simon added the mall owner “made a ton of money” in its Aeropostale deal.

Analysts have said Simon has one of the best balance sheets in its industry, meaning it has plenty of capital on hand to fund more deals like this one. It ended the latest quarter with more than $6.8 billion of liquidity.