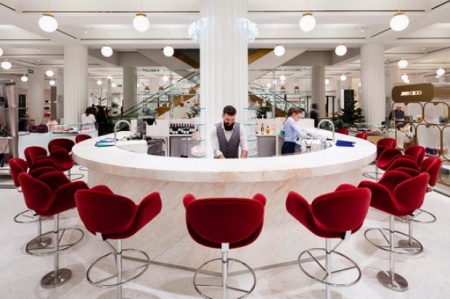 Luxury retailer Selfridges has been named the world’s best department store for an unprecedented fourth time and will now hang onto the title until 2020.

The company received the accolade at the latest Intercontinental Group of Department Stores (IGDS) summit with the award acknowledging its “outstanding leadership in delivering extraordinary customer experience, driven by exceptional business acumen, combined with consistently brave creativity and an unwavering commitment to sustainability.”

Company managing director Anne Pitcher said the announcement couldn’t have been better timed as the retailer nears the completion of its transformation program for the London flagship that has seeing investing heavily in its accessories offer.

IGDS is the largest Association of department stores worldwide and has 42 members from 38 countries. Its Global Department Store Summit is held every two years.

Recognising Selfridges again for the award really reflects the retailer’s success in recent years as it has carved out its position as the most off-the-wall of London’s luxury-focused department stores.

And in developing its profitable niche, it has managed to buck the overall trend in UK department stores that has seen rivals further down the price scale such as Debenhams and House of Fraser really struggling.

Even buoyant middle market rival John Lewis has seen its growth slowing in recent periods, while Selfridges has continued to see rising sales and profits and has been a magnet for high-spending tourists.

Topshop and Topman swing to loss as retail woes continue