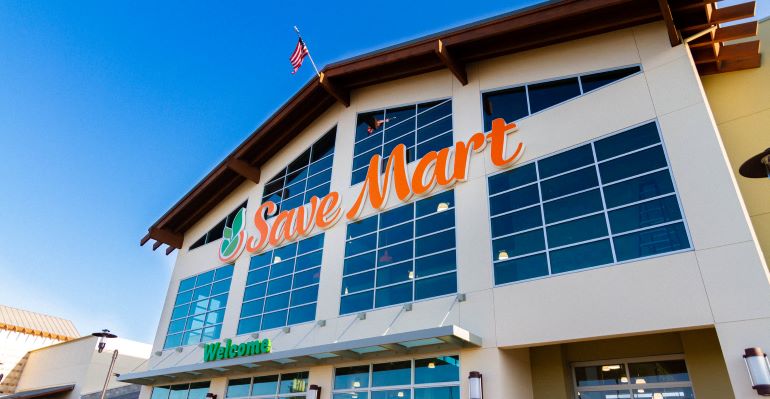 The Save Mart Cos. has opened a fast-casual restaurant concept as part of the opening of Save Mart flagship store in Modesto, California.

Called The Tipping Point, the in-store restaurant features a signature entrée of tri-tip barbecued steak served in a wet or dry sandwich, torta, taco or salad, as well as whole. The menu also includes street corn and other side dishes, handmade churros with chocolate and caramel dipping sauces, soda, water and a range of local beers and wines on tap. The Tipping Point offers seating for 63 people, including 22 indoor and 41 outdoor seats. Customers ordering food from the store’s prepared foods departments also will be able to eat in the restaurant’s seating areas. 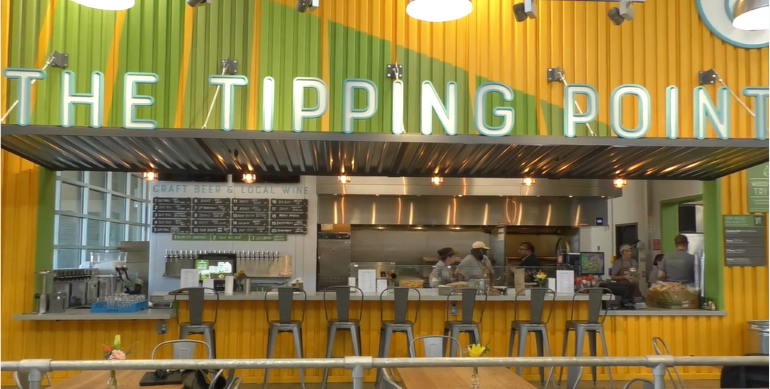 Save Mart, which developed The Tipping Point concept, said it will decide whether to bring the eatery to other stores based on customer feedback from the first locations. Plans call for The Tipping Point’s menu and other prepared foods from the store’s hot bar and service deli to become available for DoorDash on-demand delivery in the coming weeks.

“We have a strong identification with how good food brings people together, and tri-tip is a staple in the Central Valley,” The Save Mart Cos. CEO Nicole Pesco said in a statement. “The Tipping Point gives the community a new gathering spot to enjoy this amazing food in a comfortable atmosphere.”

Located at the corner of Oakdale Road and Sylvan Avenue in Modesto, the new flagship store reflects Save Mart’s latest format and will serve as an innovation center for testing new concepts and services for the chain.

Besides The Tipping Point, highlights of the new supermarket include The Bakery Bar, with fresh-baked treats and coffee and espresso drinks; Meat & Seafood Central, with an in-house smoker; the Valley Fresh Produce Stand, including local fruit and vegetables and produce cut to order; The Deli Market, offering a full-service deli counter plus made-to-order foods, sandwiches and soup; The Beer Cave, billed as Modesto’s largest selection of cold beer; and cheese-and-wine specialists to help customers pair cheese and wine with other foods.

The Save Mart Cos. operates 83 stores under the Save Mart banner in California and northern Nevada. Overall, its retail network includes 207 traditional and price-impact supermarkets, also under the Lucky, FoodMaxx and MaxxValue Foods banners.