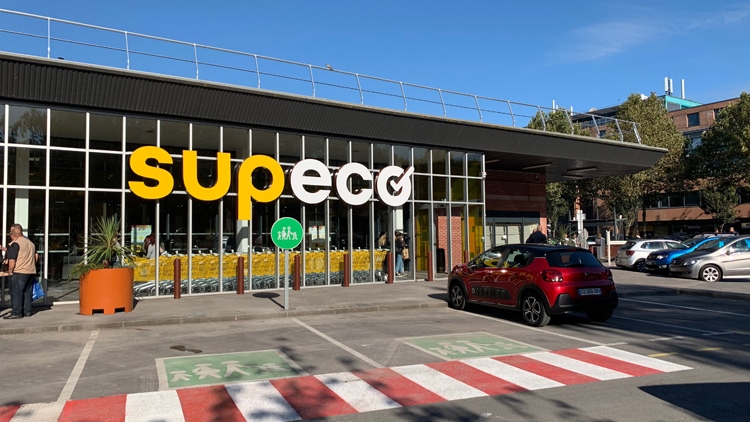 In the UK Tesco has attempted to take on the discounters with Jack’s, with mixed success on the evidence of the conversion of the Rawtenstall branch back to a Tesco last week, and now Carrefour has brought Supeco (Super Economico), an established discount formula it operates outside its home market, to France.

The first French store opened in the north in Valenciennes a couple of weeks ago and last week another branch welcomed shoppers in the nearby town of Onnaing. In fairness to Tesco, the Supeco format has been tried and proved workable in Spain and Romania, by contrast with Jack’s which arrived from a standing start. 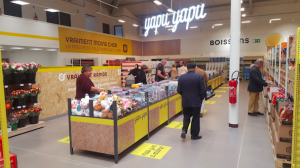 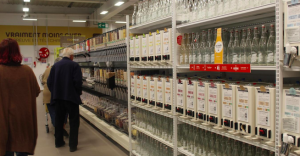 It also happens to look very different from Tesco’s hard discount appearance. Price and bulk buys may be the watchwords in these two new stores, but the appearance is more cheap and cheerful than the somewhat gritted teeth environment of a Jack’s. This is achieved by white metal shelving for ambient goods with woodchip with a yellow surround for the mid-shop bins for non-food. The look is completed by white neon signage and it is worth noting that traditional French high street departments have been created, a butcher and a bakery among them.

This may be ‘Vraiment moins cher’, as the perimeter graphic shouts, but it looks like one that will find favour. 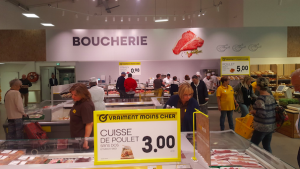 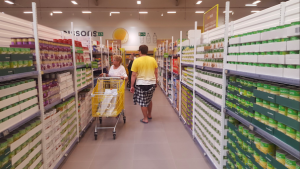