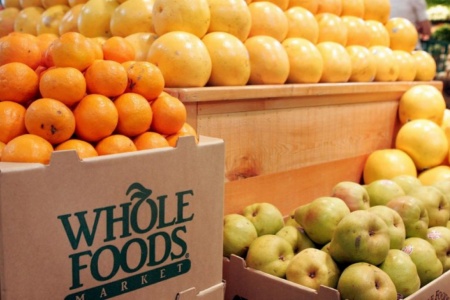 Since Whole Foods came under the yoke of Amazon three months ago, most of the buzz has been about cheaper prices and beefed up delivery service. But what about the grocery brand’s identity as a welcoming haven for locally produced fruit, veggies and other foods?

Experts expect a seismic shift in the way the chain treats its local offerings, which, ironically, could help brick-and-mortar rivals worried about Amazon’s presence in the space.

You can see change in the wind.

In his public statements about the acquisition, Jeff Wilke, Amazon worldwide consumer CEO, said Whole Foods is “determined to make healthy and organic food affordable for everyone. We will lower prices without compromising Whole Foods Market’s long-held commitment to the highest standards.” No mention of local.

A Whole Foods representative denied news reports from September that the company plans to centralize decisions about locally sourced products (Whole Foods traditionally made those decisions regionally), but acknowledged the chain is looking for more efficiency. “Our ongoing work helps streamline processes that ensure each store has the best curated selection of local and national products.” The goal is to “ensure local suppliers are represented in categories where they will be successful and positioned for growth,” she said. In mid-October, news broke that new stores in Denver and Park City, Utah, will include space for branches of locally owned cafes.

That same month, Whole Foods hired MullenLowe to articulate the brand as a burgeoning, tech-oriented, convenient, affordable, yet hometown player.

In contrast, other grocery chains are racing toward local food producers, armed with a truckload of recent research showing food shoppers are in love with local.

Kroger, the biggest grocer in the U.S., encourages each of its 20 regions to select its own local food vendors. It launched a “We Are Local” website in September to recruit even more new local suppliers. Kroger’s in-house marketing team also provides each region with a toolkit to spotlight local products. In Texas, for instance,  shoppers see store tags that say “From Texas. For Texans.”

Regional grocery chains, such as Wegmans on the East Coast and newer entrants like Fresh Thyme Farmers Market in the Midwest, are also upping their local game.

Consumers clearly lead the way. For starters, 94 percent of shoppers like to buy locally produced grocery items at least sometimes, with 14 percent of shoppers buying local products “always,” according to the 2017 U.S. Grocery Shopper Trends survey from the Food Marketing Institute. Almost three-quarters of those shoppers saw local as fresher or more in season. And two-thirds bought local because it helped the area economy, per the survey.

Buyers who decide what goes on the shelf feel the pressure. “Certainly, buyers for large retailers would rather sign up one or two national vendors, not 10 different local vendors. But they are picking local because of consumers’ taste,” said Patrick Nycz, NewPoint Marketing president and author of Moving Your Brand Up the Food Chain.

As Whole Foods disrupts the retail food category, competing brands will likely benefit from marketing more locally sourced food. “For big retailers, selling local is a pilot program. While they try to figure out how to make money at it on the operations side, it is good for marketing. It makes for a great product story,” said Shoptology CEO Charlie Anderson.

Target's 'next gen' store caters to 2 types of customers