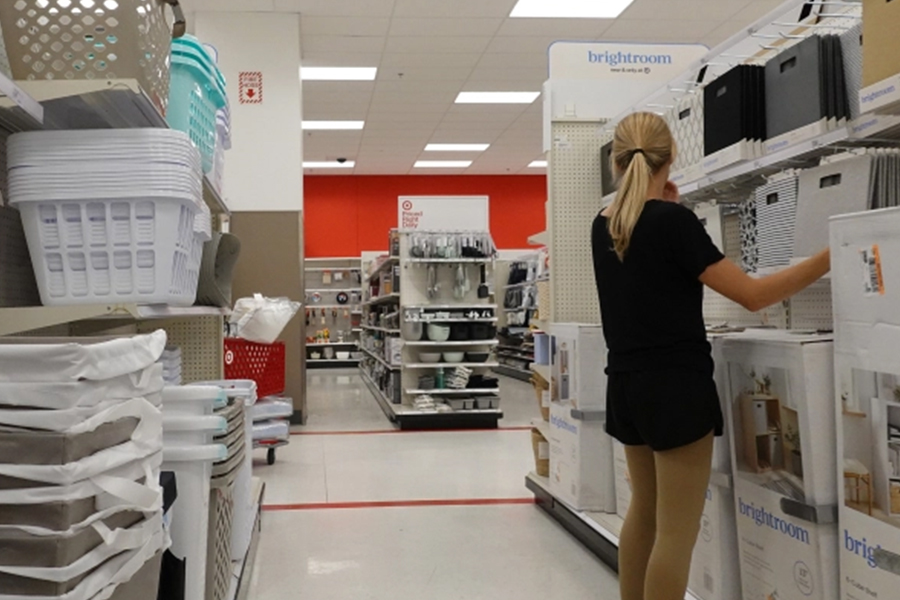 The big-box retailer Target said Tuesday that it’s having inventory troubles. Target has a lot of stuff, including furniture and appliances, that nobody seems to want to buy. And it’s not the only company sitting on too much of the wrong goods.

The last couple of years have been tricky for folks who manage retail inventory. “My goodness. I think I would rank that up there with having the job of a central banker these days, what your strategy would be,” said Jennifer Lee, senior economist with BMO Capital Markets.

Spending trends have taken some sharp turns, she said. Early in the pandemic, retailers braced for a recession that turned out to last only a few months. Coming out of it, relief checks meant lots of us had extra cash.

“Consumers figured out how to do online shopping, and that caught businesses off guard, so they started ramping up their inventories to meet this new demand,” Lee said.

Demand for things like casual clothes and stuff to make our homes more comfortable. But now, “higher prices are probably scaring consumers off a little bit,” Lee added.

The rising cost of gasoline and food makes us less likely to splurge on a patio set, for instance.

But inflation aside, people are starting to spend their money differently from the way they did during the height of the pandemic, according to Jennifer Ryan, a professor of supply chain management at the University of Nebraska, Lincoln.

All this leaves retailers with a lot of stuff that’s hard to move — and it’s happening to companies that are typically really good at predicting what will sell, Ryan said.

How do they get rid of that stuff and make room for things people want to buy these days? “We’re going to see Black Friday bonus values in the middle of June,” said Stephanie Wissink, a senior research analyst at Jefferies.

So if you’re in the market for that patio set or “an air fryer, a blender, home decor, electronics,” Wissink said, now’s the time to look for deals.