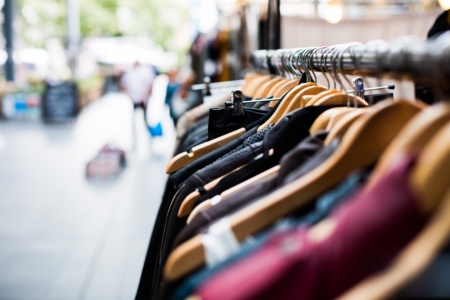 While some people love to chatter about a looming “retail apocalypse,” Goldman Sachs says not so fast.

Store-based retailers must approach the current situation — a rapidly evolving environment — with a fresher approach and a strategy that keeps the threat of digital dominance top of mind, Goldman said.

“The U.S. retail sector is overstored and out of step in an era of e-commerce,” Goldman analyst Matthew Fassler wrote in a note to clients. “But retail is not dead; it is changing. How brick-and-mortar stores employ new technologies and new models may determine how they survive the relentless shift online.”

“The retailer of the future will likely be a retailer of the past — just the most efficient version therein.” And let’s not forget what’s at stake: the more than 15 million jobs that are tied directly to store-based retailers in 2017. That’s a lot of people dedicated to physical retail’s cause, he said.

Eighty-five percent of retail sales are still made in physical stores today, though everyone is talking about the growing threat of e-commerce. To be sure, more purchases are being rung up online, but companies still stand a chance of being able to leverage their physical assets, Goldman said.

“Despite the rapid and seemingly relentless rise of ecommerce, rolling forward its recent 15% growth rate on a progressively larger base still results in 70% of retail sales via the store in five years’ time,” Fassler wrote.

That being said, how retailers’ build their so-called stores of the future will be key. Data will help executives better manage inventories, marketing should lead to better in-store outreach and costs throughout the store must be optimized, Fassler explained.

“The store still matters.” Though news of more retail bankruptcies leaves a cloud hanging over the industry today, the strongest and smartest will survive.

Expect to see more technology in stores, too. Radio frequency identification can help keep shelves stocked. “Computer vision” can observe shoppers’ foot traffic. And artificial intelligence can aid in “optimizing execution at the store level,” or essentially help a manager manage his or her own business, Goldman said.

“From within the group of incumbents, the successful retailer of the future will need to
operate either as an optimized logistics machine, an ultra-convenient shopping option, or
an optimized showroom.”

A lot of retailers today are “stuck in the middle,” trying to figure out what they want to be. But the most successful companies will decide to “pick sides,” Fassler said.

There has been so much talk of robots replacing workers, but human interaction — especially for the physical retail experience — still holds value.

“The retailer of the future will … have to tighten its relationship with its customer,” Goldman’s Fassler said.

It can oftentimes be easier for e-retailers to get to know customers faster because of the vast amounts of data tracked online. Amazon, for example, is able to employ its loyalty program, cookies, Amazon cloud services and an app, among other tools, to track exactly when a customer begins shopping, and what they’re looking for.

“Store-based retailers, in contrast, rarely know who is walking in their store, which departments they visit, or how close they come to a purchase.”

A sharper focus on inventory, store design and labor — namely customer service associates — will allow physical retailers to do a better job of getting to know their customers, which will pay dividends over the long term.

Wal-Mart, Macy’s and Kroger, though, stand out from the rest, as they’ve openly discussed the role of data and technology in their businesses. For now it seems “many other retailers are unwilling, or unable, to engage,” Goldman said.