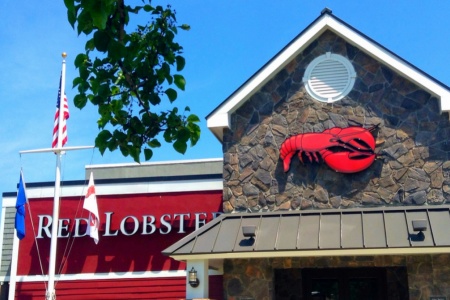 Orlando-based Red Lobster hasn’t built a restaurant in the United States for two and a half years, since it was sold by Darden Restaurants to a private investment firm. But the company is expanding internationally in places such as Mexico, Ecuador and Saudi Arabia.

It has built 21 restaurants internationally since the July 2014 sale and is relying on a lower financial risk model — franchisees — to do it. The latest opened in September in Mexico City’s Parque Delta shopping center, the eighth in Mexico and fourth in the country’s capital city. Red Lobster now has 49 restaurants outside the United States and Canada. Red Lobster has 704 locations in the United States and Canada.

The last 30 months have been quiet for Red Lobster, other than a mention in a racy Beyonce song. Company leaders have moved headquarters to downtown Orlando, revamped the menu to put more emphasis on seafood and brought in seasonal and local dishes. But most of the changes have been behind the scenes to make the restaurants run more efficiently.

It’s a stark change from early 2014, when Red Lobster was targeted by investor activists and Darden leaders blamed it for dragging down the company. In July 2014 it was sold in a $2.1 billion deal to San Francisco’s Golden Gate Capital.

The focus since the sale has been international, where the market isn’t as saturated with locations for the 49-year-old casual dining chain.

In the U.S., Red Lobster owns all its restaurants. But all eateries outside the United States and Canada are franchised — in Qatar, the United Arab Emirates, Kuwait, Saudi Arabia, Brazil, Ecuador, Japan and Malaysia.

Red Lobster isn’t the only Orlando restaurant chain with an international presence. Darden Restaurants has 21 Olive Garden restaurants outside the United States and 10 LongHorn Steakhouses. Tony Roma’s Steakhouse has pushed internationally in recent years to revive its brand and Hard Rock International is headquartered in Orlando. All use franchisees internationally.

Opening locations overseas is a popular move for American brands that
have lost momentum domestically, said Aaron Allen, an Orlando-based
restaurant consultant. Most chains choose franchisees for international
locations to help navigate local laws and building codes, as well as to
lower the financial investment by letting the franchisee pay for
construction.

One of the biggest risks, Allen said, is turning over a carefully cultivated image to an overseas partner.

Wendy’s gave up on its Japanese locations in 2009 and recently announced plans to try again with a new franchisee using a Wendy’s First Kitchen concept. Taco Bell has tried and failed to expand into Mexico twice. In Wendy’s case, they couldn’t come to terms with the franchisee for 71 restaurants in Japan. Taco Bell’s Americanized cuisine never caught on in Mexico.

Essentially the international locations are the same, Whitlow said. Some are about 20 percent smaller than the standard American restaurant, but the decor, branding and menus are similar, he said.

Occasionally there are some menu changes, such as tostada dishes in Mexico or expanded seafood offerings in Japan.

Tito Campos opened Ecuador’s first Red Lobster in February 2016 in Guayaquil, the country’s largest city. Campos was drawn to Red Lobster because of the South American country’s taste for seafood.

“In Ecuador, fish, crab and shrimp are so common that many people eat them at breakfast, lunch and dinner,” Campos said in an email. “Now that we have just recently celebrated our first anniversary, we are looking to add a few local flavors and popular Ecuadorian dishes, but we don’t need many, as the menu we have is strong and unique here.”

American favorites such as Cheddar Bay Biscuits and the seasonal Endless Shrimp promotion translated well to Ecuadorian diners too, he said.

Campos’ company, El Rosado, also runs a chain of toy stores called Mi Jugueteria as well as Carl’s Jr. restaurants in Ecuador. He said he would like open more Red Lobster restaurants in the future.