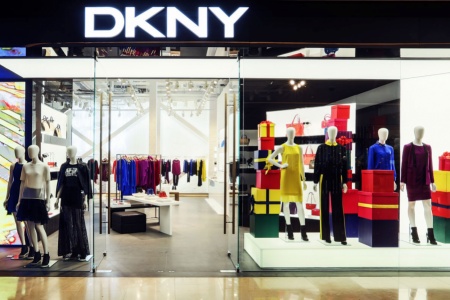 The retailer and G-III Apparel Group, Ltd., a manufacturer and distributor of apparel and accessories under licensed brands, owned brands and private label brands, announced on Monday.

The exclusivity agreement covers DKNY women’s apparel, handbags and shoes, in addition to women’s and men’s outerwear and swimwear. Macy’s and G-III will work on brand extensions and exclusive products, along with plans for increased and enhanced DKNY shop-in-shops in Macy’s stores, the companies said.

G-III will continue to operate freestanding global DKNY stores and the brand’s website, and also will maintain DKNY’s agreements with international license partners and distributors outside the U.S. There are some DKNY products outside the agreement that will continue to be sold to a broad range of department stores, including Macy’s.

Macy’s new CEO Jeff Gennette has spoken of the department store’s plans to boost its merchandising and pricing structure, and exclusive inventory agreements like this DKNY deal could further that approach. “We want to create partnerships that offer our customers products and experiences that they can find only at Macy’s, and DKNY is a fashion-first brand we know our customers love,” Gennette said in a statement. “By offering exclusive access in key categories, we are confident that DKNY will quickly become one of our top brands.”

Other merchandising changes include a move toward self-service shoe sales akin to those at many off-price retailers as well as a revamped approach to pricing and discounting. While Macy’s store card users can gain an additional 20% of their purchases, Gennette (who replaces longtime Macy’s CEO Terry Lundgren, who remains as executive chairman) said that many layers of discounts will go. “We’re still going to be a promotional department store,” he told The Wall Street Journal last week, adding shoppers won’t need “a Ph.D. in math to understand our pricing.”

The question remains whether it’s all too little, too late for Macy’s, one of the world’s largest retailers, which is on track to close 100 stores this year, with many analysts saying there will — or should — be many more. The changes Gennette has proposed also could drive away loyal customers, an all-important segment considering that 10% of Macy’s 43 million customers account for half of its sales. Two-thirds of those core customers also shop at off-price retailers.

Radical change, which many analysts have said Macy’s needs, also could be difficult with Lundgren still hovering in the wings. “[Gennette] probably has a lot of forces on him,” Nick Egelanian, president of retail development consultants SiteWorks International, told Retail Dive last week. “First of all, [Lundgren’s] still in the building.”

Bebe Plans to Shut Its Stores and Focus on Web Sales