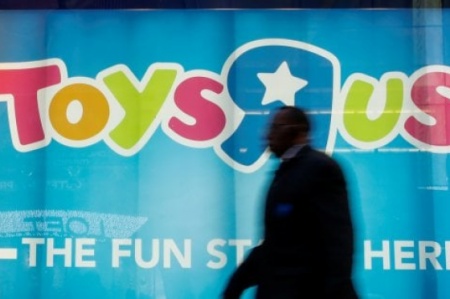 Toys R Us will move forward with liquidating its entire U.S. business, closing hundreds of stores as a result.

The news has sparked an outpouring of emotion, some devastation, that the childhood-favorite toy chain will soon cease to exist. The winding down of its business also threatens more than 30,000 jobs across the U.S. over the next few months.

Many shoppers remember trips to Toys R Us for picking up gifts around the holidays. Others would take their kids there after winning a soccer game, making high marks at school, or just for a special treat on the weekends. Its wide selection of bikes, ride-ons, and shelves of Barbie dolls and video games had always been hard to find elsewhere, all in one place.

Then there’s Babies R Us, where some became frequent shoppers when their children were young and they needed to stock up on disposable diapers and wipes. The chain also offers car seats, strollers and cribs — again, an extensive and curated selection that’s difficult to find at big-box retailers Walmart and Target, which also have to make room for food, apparel and home decor.

Some have blamed Amazon for Toys R Us’ demise, saying the e-commerce giant gobbled up toy and baby sales online and lured shoppers in for the convenience of browsing the internet. But Toys R Us was also saddled with debt, leaving it unable to make transformative investments, following a buyout by private equity partners in 2005

For shoppers who want to take one final stroll through the aisles of Toys R Us and Babies R Us, there’s still time.

The company said Thursday it’s still finalizing a budget and staffing plan for winding down its business, and it’s sent letters to all employees that they may be terminated in as soon as 60 days, in compliance with The Worker Adjustment and Retraining Notification Act.

Toys R Us hasn’t announced when the massive “going out of business” sales will begin, though it’s already started liquidating about 180 storesas part of a previously announced trimming of its assets. The chain has said it plans to honor gift cards for the next 30 days.

“Toys R Us, the name, probably isn’t going to go away, because somebody is gonna want to own that,” Kniffen said. “It’s a great brand, and we might see it online only, or online with 200 stores or a half a dozen stores.”

The Wayne, New Jersey-based company is still shopping a plan that would keep about 200 stores from going dark, in conjunction with saving Toys R Us in Canada. The company must first find a buyer for those assets.