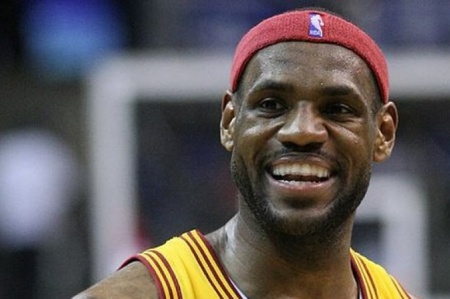 Nike says its Equality initiative, timed with February’s Black History
Month as well as recent Nike partnerships with two community-driven
organizations, is designed to encourage people “to take the respect and
fairness they see on the field and translate it off the field,” by
becoming forces of action in their communities, according to a
statement.

The film features LeBron James, Serena Williams, Kevin Durant, Megan
Rapinoe, Dalilah Muhammad, Gabby Douglas and Victor Cruz, and is
intended to use the power of sport to create conversation, inspire
people to act and press for lasting change in their communities.
Meanwhile, Nike Equality t-shirts and footwear from the company’s annual
Black History Month collection are available to purchase via the
athletic apparel retailer’s website and select brick-and-mortar
locations.

Nike’s campaign is very well-meaning and very well-timed. A lot of people right now probably are viewing sports as an escape from the current political climate and a host of other things killing their moods. However, sports are not and should not be just an escape, but an inspiration as well. Nike recently announced support for community-focused groups MENTOR and PeacePlayers International, and is broadening its effort to back positive causes.

Putting together a multi-channel campaign is a good way to do this. Sports documentaries have been having a heyday in recent years (what might be called the “30 for 30” era), so a message film from a sports apparel brand would seem to fit right in. The campaign’s web and social media aspects also are important for a company that has tried to revamp and revitalize some of its digital efforts of late.

Nike remains one of the top athletic brands, but it has been slipping in the last year, with a troubling loss of traction particularly among young consumers. Could a “big issue” message campaign filled with sports icons help? Nike may not want to position this as a marketing campaign, but it did helpfully mention where to buy Equality t-shirts and footwear from the Black History Month collection.

Maybe some who have forgotten about Nike will respond to this sort of less intense, less direct sales pitch. Maybe others, who are concerned with where their communities and their country is headed, will simply appreciate the message.