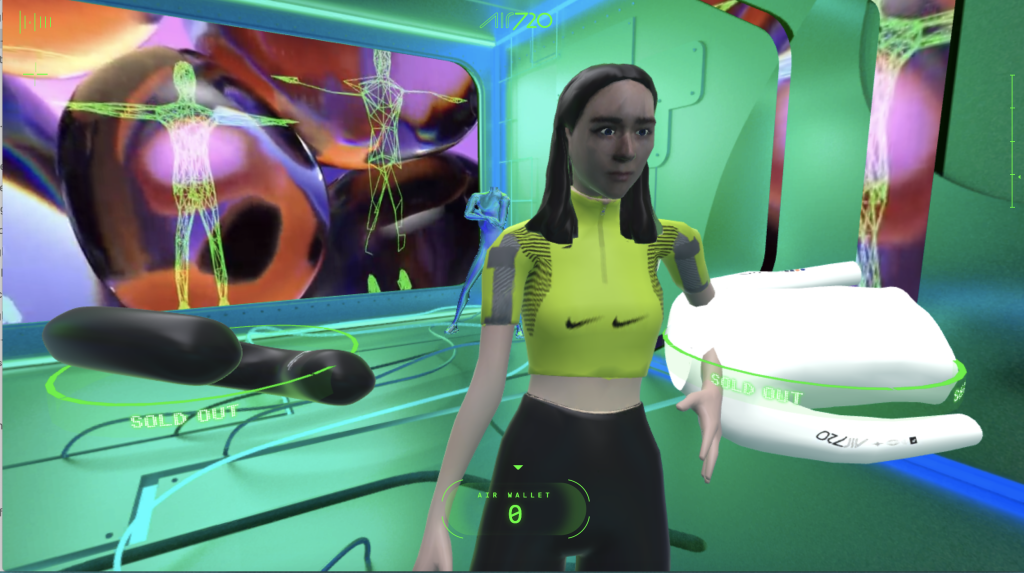 Nike has launched a virtual pop-up store where shoppers can only access limited edition items once they have earned credits from a previous purchase.

The store, which accompanies the launch of the Air Max 720 style, can be visited by anyone whereas items are only available to buy once the user has entered their order number for purchasing the new sneaker beforehand. From then the microsite generates “Air Credits”, which are put into a virtual wallet, and allows users to purchase the items that they can see on their screens.

All merchandise in the store has been digitized, hovering in the space while allowing for 360° views either via desktop or phones.

To assist customers in the shopping journey, it is also deploying virtual avatars of its many collaborators as sales assistants, including London-based designer Mini Swoosh, England footballer Raheem Sterling and DJ Peggy Gou, which rotate on a weekly basis.

The virtual store expands into the physical realm, however, with visitors to the brand’s Oxford Circus flagship in London being able to explore the activation through an installation on the ground floor.

The campaign is part of Nike’s yearly celebration of its iconic Air Max style, which culminates in the Air Max Day taking place on March 26, the day when the very first shoe of the family was released. The yearly celebration is also a chance for the brand to dial up collaborations and promotions around the shoe. This year, it will reveal a style designed by a Nike fan under its On-Air initiative, a competition that grants people the opportunity to create their own shoe and have it produced and released to the public.