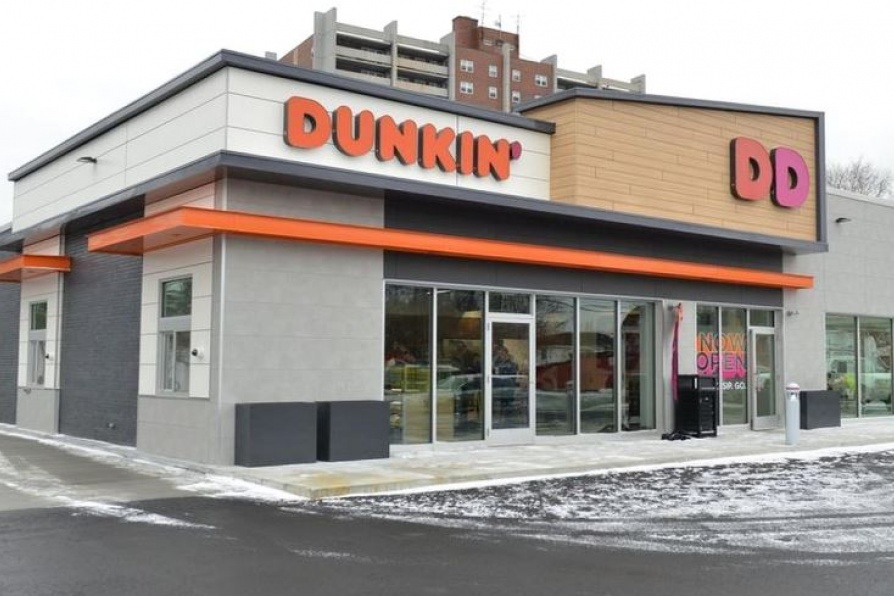 Located in Quincy, Massachusetts, the store has such new features as a dedicated space for mobile order pickups, digital ordering kiosks and a drive-thru dedicated to customers who have ordered ahead via Dunkin’ Donuts’ DD Perks app, according to CNBC. It is also the second store location to feature the chain’s new branding, with only the “Dunkin’” part of the moniker appearing on the signage. The chain plans to open 30 next-gen concept stores in the coming year.

Since 2016, Dunkin’ has undertaken a concerted effort to make its brand known for coffee drinks rather than doughnuts, a rebranding that would put the chain more directly in competition with Starbucks than with doughnut shop chains like Krispy Kreme. But given the extreme brand loyalty of Starbucks fans and the success the coffee giant has experienced with technology like app-based ordering, Dunkin’ may need a more modern, tech-enhanced storefront to mount a challenge.

Better facilitating mobile ordering could be a good place to start. Starbucks’ mobile app has grown so popular that in 2017 customers began to experience significant bottlenecks when picking up their mobile orders. The problem was so significant that the chain began testing a mobile order-only store concept to explore if that would streamline the process.

At the beginning of 2018, Dunkin’ Donuts removed 10 items from its menu, Boston.com reported. The items removed included some lower-performing breakfast items like the Angus Steak and Egg Breakfast Sandwich, and lunch items like the Turkey, Bacon and Cheddar Sandwich. Dunkin’ Donuts framed the menu revamp as an attempt to improve customer service and increase the consistence of the store experience.