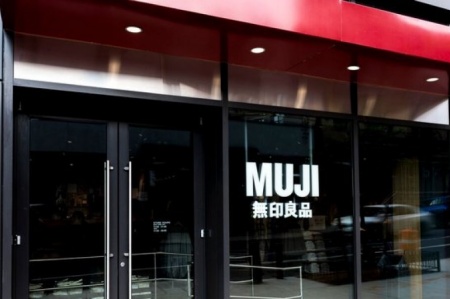 BROOKLYN, NEW YORK — At the press preview for Muji’s new
7,300-square-foot store in Williamsburg, Brooklyn — its first in the
burough — the public relations team had a hard time keeping customers
from coming in. The store wasn’t officially open, but eager shoppers
kept wandering in to browse through the brand’s minimalist housewares,
furniture, fashion and beauty products, as employees chased them down
and gently shuffled them outside, letting them know the shop would be
open to the public the following day.

That’s not unusual for the brand, said Elliette Grewal of Camron PR, the public relations firm that reps Muji in the United States. When Muji opened its 10,000-square-foot Newbury Street flagship in January 2017, there was a line around the block to get in, Grewal said.

Muji’s U.S. expansion has been slow, but the minimalist brand with a cult-like following plans to double its store base in the next few years.

The name Muji, which roughly means “without brand,” derives from the company’s original Japanese name, Mujirushi Ryohin, which means “no brand, quality goods. “This was long before newcomers such as Brandless came on the scene.

Muji started in Japan in 1980 as a generic grocery brand and sold everyday basics at reasonable prices, with simplified packaging. Today, the company offers over 7,000 products and operates more than 700 stores worldwide, including 400 locations in Japan alone. But in the U.S., expansion has been slow. There are just 15 stores, including six in California, one in New Jersey, one in Boston, one Muji to Go store at New York’s JFK airport, and six additional stores in the greater New York City area, including the new Brooklyn location which opens September 8.

The opening celebrates Muji’s 10th year in the U.S., and precedes the re-opening of Muji’s SoHo shop, which temporarily closed in March 2017 for renovations and will reopen in fall 2017. Management hopes to differentiate the new Brooklyn store from the other New York City Mujis by collaborating with local artists, and connecting to Williamsburg’s vibrant art scene.One way Muji plans to connect is through personalization, which has become retail’s favorite new buzzword.

Toru Tsunoda, the president of Muji USA, told Retail Dive through a translator, that Brooklyn’s Muji would be offering several features currently unavailable in the U.S., including a customizable gift-wrapping station, and a flagship-exclusive embroidery station that will let customers choose from over 300 designs. It’s all part of Muji’s mission to create products that are, according the company’s press materials, “empty vessels” meant to be given life by the consumers

The Brooklyn store, which offers fashion, household goods and
accessories, furniture, stationery and beauty and travel items, is a
blueprint for what’s to come.

For Camron’s Bradley Kal Hagan, who has lived in the Williamsburg
neighborhood for 10 years, it’s not just about the bigger picture,
though. It’s also about the little things, like being able to find
household basics a bit closer to home. “It’s going to be nice to be able
to just come here and buy a broom,” he said, as more early customers
dodged company representatives before being shooed out of the store.