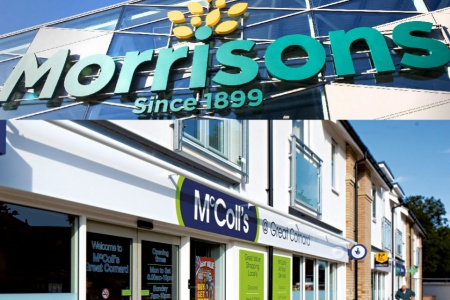 Bradford-based supermarket chain Morrisons has today made a “checkout promise” that it will open extra checkouts for customers if there is more than one person ahead of them in a queue.

A Morrisons spokesman said: “The pledge comes after Morrisons listened carefully to customers who said that queuing was their top frustration in supermarkets (70%) ahead of unhelpful service (67%) and poor quality products (66%).”

Research conducted for Morrisons found the average person can only last a maximum of 6 minutes and 48 seconds in a queue before losing their patience.

So Morrisons’ checkout managers will now be directing customers to newly-opened checkouts when they see queues building.

Thousands of Morrisons staff have been trained so that they can quickly turn to operating a checkout when stores become busy.

Gary Mills, Morrisons Retail Director, said: “While we are proud to have one of the shortest queue times in the industry, we want to serve our customers better. Our new checkout promise will ensure our eleven million customers get the best shopping trip possible even as our stores become busier.”

Morrisons research reveals that the average British shopper spends three months of their life waiting in line – the equivalent of one day a year. It also found that more than half of UK adults (56 per cent) avoid shopping at places known for queues and that two thirds (64 per cent) would leave shops rather than join queues at tills.