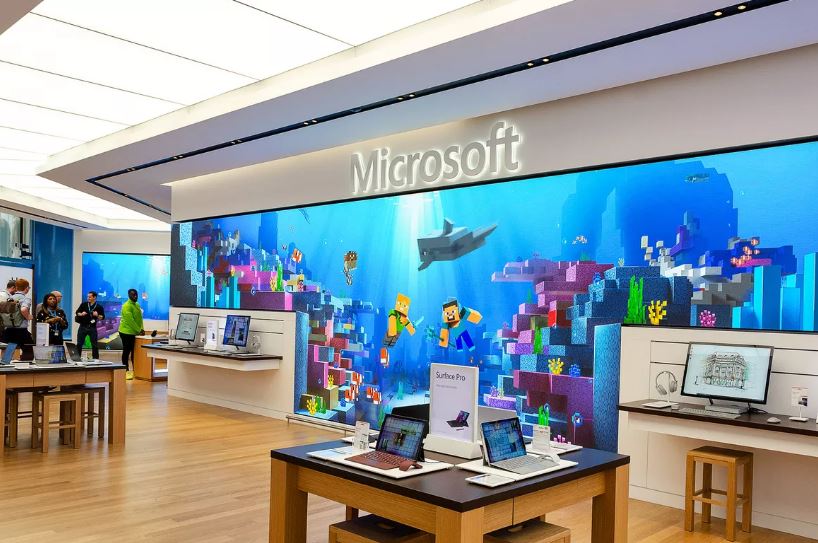 Microsoft opens its first European store on Oxford Street, in London, featuring a McLaren Senna car customised as an Xbox driving simulator, a gaming lounge and a community education centre where children can learn to code.

The 22,000 sq ft shop is a block away from the Regent Street Apple store, which, when it opened 15 years ago, set the bar for tech retailing.

Microsoft’s store showcases the company’s Surface laptops and PCs, Xbox gaming systems and new technology such as its HoloLens augmented reality headset, as well as offering help services and software products such as Office.

Microsoft’s UK boss, Cindy Rose, said the new store, which will employ 150 staff, was a mark of the firm’s continued commitment to the UK market, where it already employed 5,000 people.

“We have certainly not been put off by Brexit. We continue to invest a significant amount in this market,” Rose said. “We have concerns about Brexit, which we have discussed with government, mostly around bringing in talent to the country from wherever it exists and about making sure data can continue to flow frictionlessly, which is important to the cloud [data services industry] … We think whatever the political landscape brings, we are confident the UK will continue to thrive and prosper.”

Rose said Microsoft, which recently became the third US company to be valued at $1tn (£800bn) after a revival by its chief executive, Satya Nadella, had been planning to open a UK store for more than three years.

Microsoft is donating £1m to three charities: UK Youth; the Raspberry Pi Foundation and the London Community Foundation, which it will work alongside with in the store to run digital skills workshops for schoolchildren and young people in a dedicated community space.

“It’s a destination for experiences, to see the very best of Microsoft in all its facets, not just about device sales,” said Rose.

The store is intended to appeal to young people and offers a spot to take selfies, where a digital backdrop can put them in front of Big Ben, and spaces aimed at businesses including a large conference room where whole workforces can be taught to work with Microsoft products.

It combines facilities familiar to Apple store customers, such as a helpdesk and tables laid out with laptops and other gadgets ready to be tried out, with new concepts, including Microsoft’s first Xbox-driven gaming lounge where teams can compete alongside a “shoutcaster” – the egaming equivalent of a football commentator.

Rose said Microsoft, which already has stores in the US, Canada, Puerto Rico and Australia, was not planning further outlets in Europe in the near future. 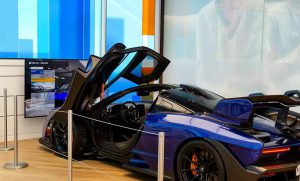 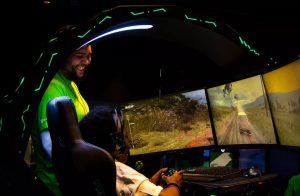 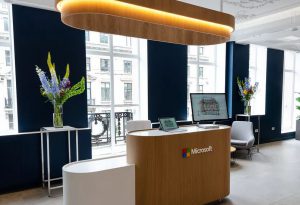