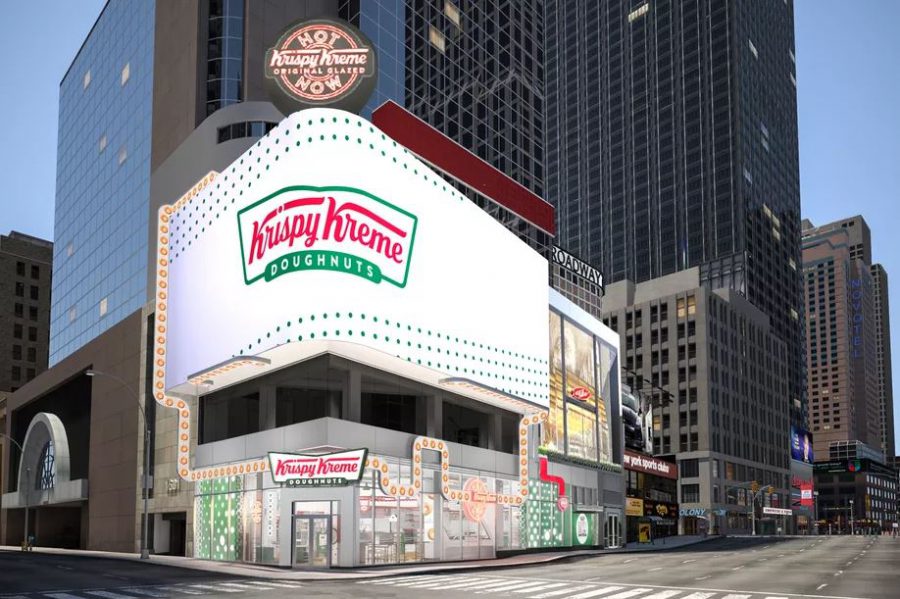 The popular bakery company, which currently only has a Penn Station outpost in the city, is planting a 24-hour, 4,500-square-foot new location in Times Square, with lots of bells and whistles just for this space.

The new outpost, located at 1601 Broadway at West 48th Street, is expected to open in early 2020 and will make doughnuts on-site within view of customers, the way that the brand is known for doing in other cities but not in New York.

To mark this, the Times Square location will have “stadium-style seating” so that people can watch the doughnuts getting made. It will also have new digital elements, plus a takeout window for to-go doughnuts.

Krispy Kreme has close to 1,400 shops around the world, as well as grocery store presence, but Dunkin has dominated the New York market over the years. The only place to get a Krispy Kreme doughnut in the five boroughs is at Penn Station, where the chain doesn’t display the doughnut making process like it does elsewhere. Former locations have since closed.

Fans of the popular, more than 80-year-old chain know to visit when a location’s “hot now” neon sign is lit, signaling that the conveyor belt process is happening and that doughnuts will be fresh. Here, that neon sign will allegedly be bigger than ones at any other outpost.

It’s yet another chain retailer making its way to Times Square for a souped up location. Just last month, McDonald’s also opened a huge flagship in Times Square.