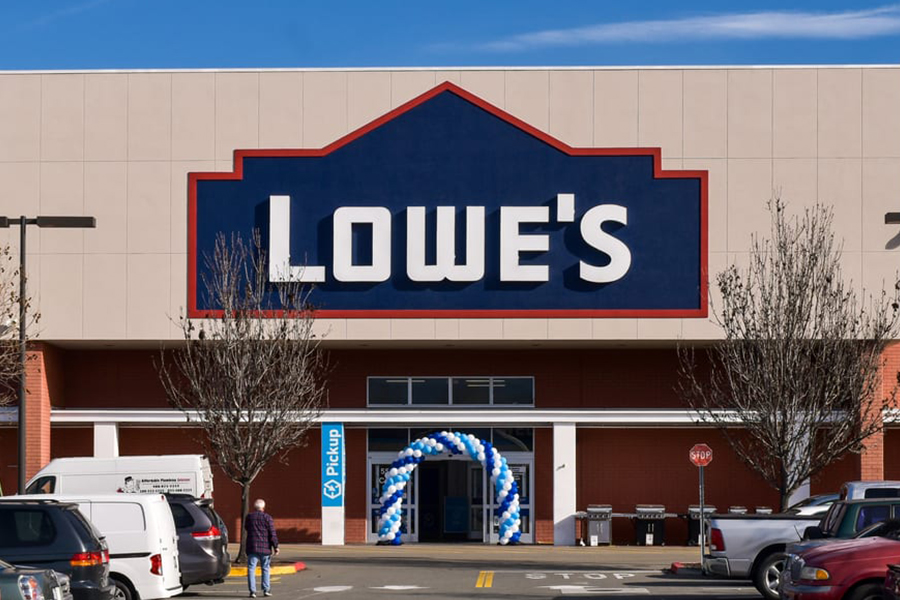 Among the lessons of the pandemic was a new definition of “home.” Residences have always been places of investment, pride and personal reflection, said Lowe’s Companies Inc. Chairman and CEO Marvin Ellison at NRF 2022: Retail’s Big Show, but they quickly became something else — the place for school, office work, recreation, entertainment and sanctuary, too.

Lowe’s had to step up its game to be there for customers, and those customers responded “incredibly well,” Ellison said. The company has not only kept pace amid the challenging times, but also grown exponentially.

Throughout the pandemic, stores have remained open with the exception of Easter, Thanksgiving and Christmas. In 2021, Lowe’s saw revenue of $95 billion, representing 33 percent comparable sales growth on a two-year basis. It has hired almost 100,000 new team members and invested almost $1 billion in incremental bonuses and incentives for front-line hourly associates.

And as for Ellison? “I couldn’t be more proud of my leadership team,” he said.

Ellison, Shay continued, had already been making major investments in the company prior to the pandemic, including a renewed focus on retail fundamentals. Those investments helped the company execute at the level it did over the last two years.

When Ellison took the helm of Lowe’s in July 2018, the company was not “modern” in relation to modern retail. There was a 10-year-old dot.com infrastructure; there was no coherent merchandising strategy; the supply chain was more suited to bricks-and-mortar; and the labor scheduling system was a static schedule handed down from the corporate office to 2,200 stores, among other challenges.

Lowe’s began making investments in these areas in late 2018 into 2019, so when the pandemic hit, great strides had already been made.

Even so, the company still wasn’t where it needed to be, and some of those investments had to be reprioritized. Lowe’s leaned into things like curbside pickup, buy online pick up in store, improving the mobile app and working to ensure the health and safety of the workforce and customers.

The next plateau is the “total home” strategy to help sustain market share growth. It’s a basic philosophy to make Lowe’s the provider of everything a customer might need for the home. That means, for example, towels for the bathroom remodel, and pots and pans for the kitchen.

Home improvement is a roughly $900 billion market, Ellison said, and Lowe’s and its chief competitor make up only $300 billion of it combined. There’s still room for expansion.

The conversation also touched on a partnership with AARP that helps customers “age in place” with solutions for changing mobility needs; Ellison’s unique perspective as one of only a few Black Fortune 500 CEOs, as well as someone who came up through the workforce loading trucks, being a janitor, catching shoplifters and working graveyard shifts; and how Lowe’s celebrated its 100th birthday in 2021 by completing 100 impact projects in communities nationwide.

“As we think about what we need to be as a company, it’s been really simple,” he said. “We want to take care of associates and be the best workplace we can be. We want to delight our customers. We want to make our communities better.”

And doing those things consistently, he said, will satisfy shareholders and create great shareholder value. “I’m proud of the work that we’ve done,” Ellison said, “but we have to maintain it.”