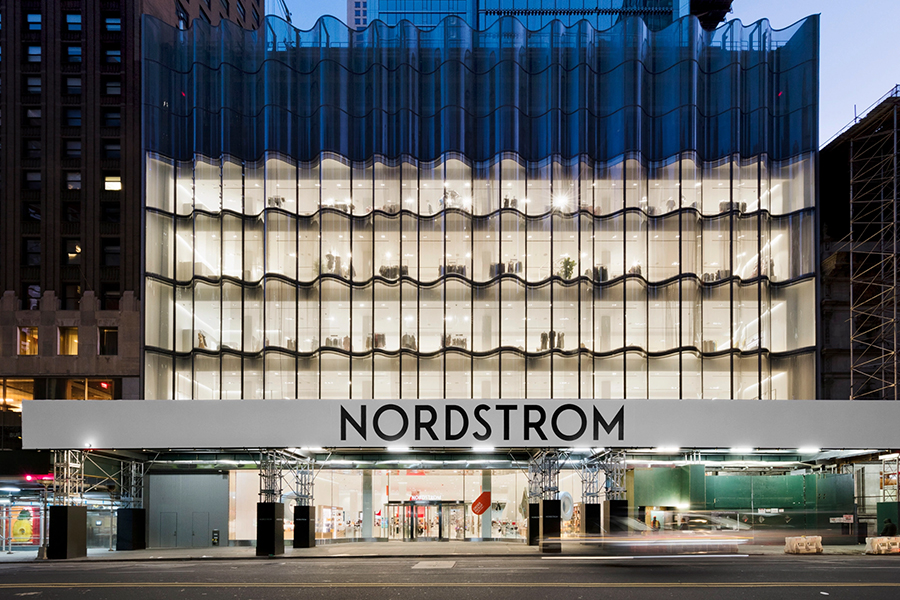 When Pete Nordstrom speaks of willingness and desire to find a fit, he’s not necessarily talking about a suit or little black dress. He might be referring to creating win-win opportunities with brands.

Nordstrom, president and chief brand officer of Nordstrom Inc., remembers the days when previous generations of his family would question why the store would carry a “competitor” like Brooks Brothers.

“The fact is, customers don’t look at it that way,” Nordstrom said. “Customers look at it like, ‘I like that brand.’” Madewell offers a perfect example: A common — and validating — comment from customers finding the brand at Nordstrom is, “Now I can buy my favorite brand in my favorite store.”

Nordstrom met virtually with Phil Wahba, senior writer for Fortune Magazine, for a Tuesday keynote presentation at NRF 2022: Retail’s Big Show on “the art and (data) science of merchandising.” Speaking before dawn from Seattle, Nordstrom peppered the conversation with references to curiosity, spontaneity, finesse, discovery and creativity, as well as the concept of continuing to learn and evolve. Case in point: two partnerships the high-end department store announced in 2021, with ASOS and Fanatics.

With the first partnership, Nordstrom stores will carry ASOS merchandise, as well as be a pick-up and return location for ASOS online orders. The deal came about due to Nordstrom’s relationship with Topshop, which was acquired by ASOS earlier last year.

“As we talked with them, it was really inspiring and exciting, just how they do business, and their clarity about who their customer is,” he said. ASOS is a highly sought-after brand that’s well known among the 20-something consumer, presenting a great opportunity for Nordstrom to engage with younger customers. On the other hand, ASOS had never been in a physical store.

The collaboration is still in progress, Nordstrom said. “How we do business together is really different than any kind of traditional way we may have done things before, certainly for them.”

As for Fanatics, the partnership provides an opportunity for Nordstrom to offer Fanatics licensed sports fan products, but acting as a platform rather than owning all the inventory.

“The fact is, it’s a really big business, the whole sports tie-in, whether it’s through colleges or professional teams,” he said. “And clearly, our customers buy that stuff, too.”

Fanatics has been a “really great” partner, he said, and the relationship is “reflective of where we can go” and how things have evolved from legacy ways of doing business.

Nordstrom, traditionally associated with items such as work clothes and attire for special events, had to rethink its business in response to the pandemic and the lack of places for people to go.

In that, however, there was great possibility. Previously, Nordstrom said, constraints had to do with the physical four walls of the store. Adding something like home goods would mean shrinking something somewhere else. This season of increased online shopping, however, “has really opened up the aperture for us to do more.”

Nordstrom has always offered a relatively broad assortment, “so it allowed us to flex into what customers were interested in, which has always kind of been our thing.”

It’s important, though, that in broadening the offerings, the customer doesn’t have to scroll through 23 pages of black dresses, he said. That’s where personalization efforts come into play, serving up specifically what the customer might want.

As for why so many DTC brands seem to find a home with Nordstrom, he said the company is appealing because “we have a lot of customers. They’re high-quality customers.”

But Nordstrom is also interested, willing and flexible. Make no mistake: The partnerships are mutually beneficial. Nordstrom isn’t great, he said, at making unknown brands known. The sweet spot is sought-after brands that aren’t available in many other places. “We’re good at making a known brand bigger and better,” he said.