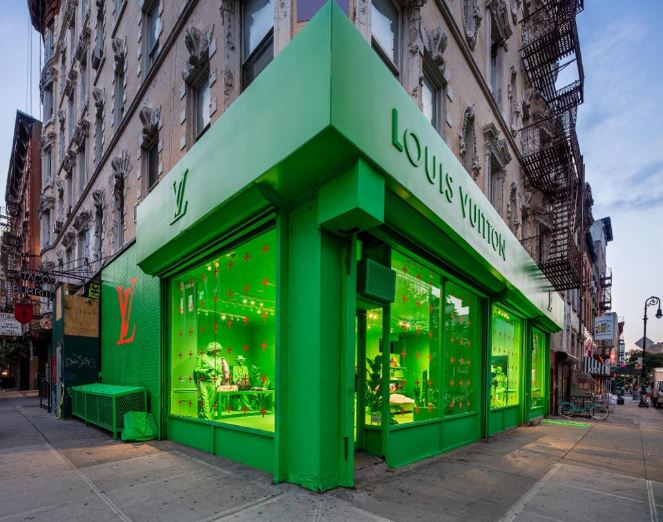 Residents on New York City’s Lower East Side neighborhood will see an eye-catching new store on its block. Luxury powerhouse Louis Vuitton is holding a temporary residency on 100 Rivington Street that will feature the brand’s Fall 2019 men’s collection designed by Virgil Abloh. The corner space is a striking facade of neon green that envelopes the entire exterior, as well as inside the store. The pop-up will run from July 12 to July 21.

In addition to the walls, ceiling and floor being complete covered in neon, the space’s furniture, fixtures and decor are also all rendered in the bright, acid-hued color. The fashion and accessories on offer are from Virgil Abloh’s second menswear collection for the house, which featured razor-sharp tailoring, monochromatic suiting, and international flag prints. The Michael Jackson-themed pieces that walked the runway have not been produced after blowback from consumers and will not be among the offerings here. 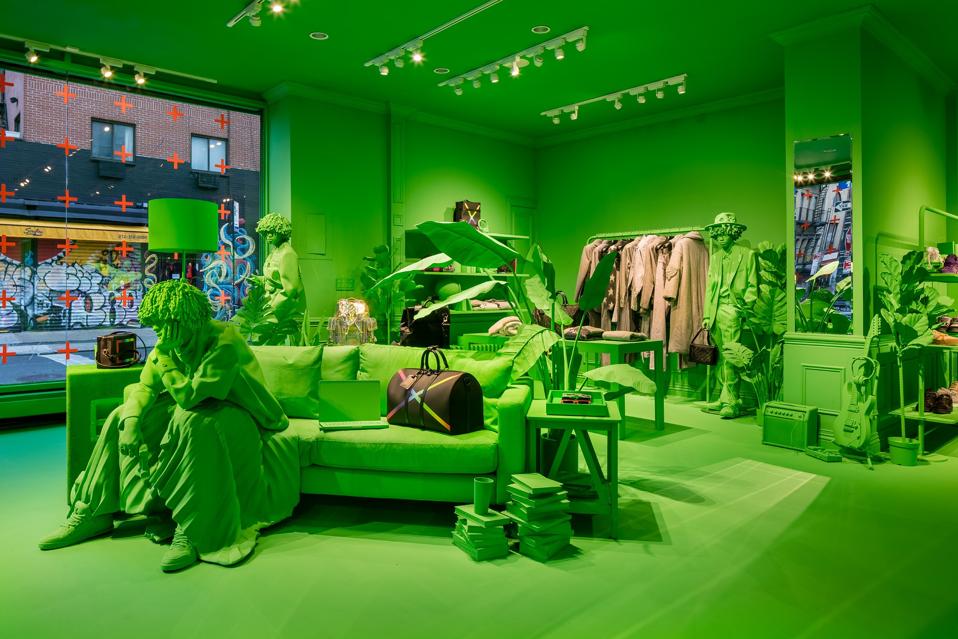 The company says that the residency provides an “immersive experience” of the men’s fall collection, thanks to the striking visuals and no doubt Instagrammable photo opportunities the space presents. In addition, new prints inspired by New York City will be available, as well as the brand’s classic monogram accessories and patches inspired by Louis Vuitton’s archives. An updated version of their “Skate” sneaker will also be carried, and shoppers will be able to find an assortment of their rainbow and prism leather goods.

Louis Vuitton currently has three standalone stores in New York City, including its 5th Avenue flagship, its Soho location, and a post downtown in Brookfield Place. It also operates several concessions in the city inside different stores including Bloomingdale’s, Saks Fifth Avenue, and Neiman Marcus. The brand also held a pop-up inside Chrome Hearts in the West Village for its first men’s collection by Virgil Abloh earlier this year.

The French fashion house has been on a roll with opening pop-ups around the world, particularly for its men’s division, including London, Shanghai and Tokyo. They recently opened a pop-up in Chicago, which coincided with Abloh’s Museum of Contemporary Art exhibition and also featured a bold all-orange neon design. The 100 Rivington Street location will mark the brand’s first presence in the Lower East Side neighborhood.