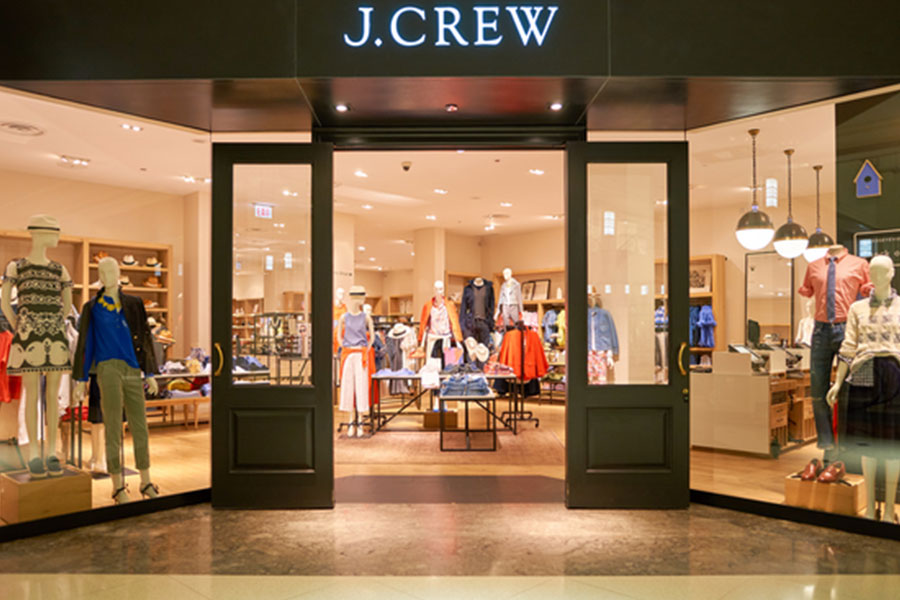 Owner of J.Crew files for Chapter 11 bankruptcy protection, the first US retailer to do so during coronavirus crisis

J.Crew had sought help from creditors to stay afloat during the restructuring process

Operations at J.Crew will continue: stores are closed for now but clothing is still available to purchase online

The owner of J.Crew is filing for Chapter 11 bankruptcy protection, the first major retailer to do so since the coronavirus pandemic forced the closure of most stores in the US.

More retail bankruptcies are expected in coming weeks with the doors of thousands of stores still locked, although states have begun a staggered restart of their economies.

March sales at stores and restaurants across the US had their most severe plunge on records dating back to 1992.

Clothing sales fell more than 50 per cent that month and it has grown worse.

The abrupt closure of stores threatens the overall health of the US, with consumers driving 70 per cent of all economic activity in the country.

Parts of the retail sector were already under duress before the arrival of Covid-19 due to seismic changes in what is bought and how.

The most vulnerable have quickly lost the ability to pay bills and, like J.Crew, are seeking help from creditors.

Subject to court approval, the so-called debtor-in possession financing, combined with the company’s projected cash flows, is expected to support its operations during the restructuring process.

J.Crew was one of the chains in trouble before the pandemic and it was laden with debt.

The retailer was acquired by TPG Capital and Leonard Green & Partners for $3 billion (£2.4 billion) in 2011.

Retail veteran Mickey Drexler led J.Crew for more than a decade when it become a coveted fashion brand.

Former first lady Michelle Obama gave the brand even more prominence during her eight years at the White House when she was constantly sporting casual pieces like its popular cardigan and slim skirts.

However, the chain appeared to lose its way and Drexler severed his last ties with the company in January 2019.

Operations at J.Crew will continue throughout a restructuring, and clothing will still be available to purchase online.

The retailer said on Monday that it anticipates its stores will reopen when it is safe to do so.

In its last full year of operations, J.Crew generated $2.5 billion (£2 billion) in sales, a two per cent increase from the year before.

J.Crew had aimed to spin off its successful Madewell division as a public company and use the proceeds to pay down its debt.

The company said that Madewell would remain part of J.Crew Group Inc.

Worldwide, there are 193 J.Crew stores, 172 J.Crew factory outlets and 132 Madewell locations as of February 1.