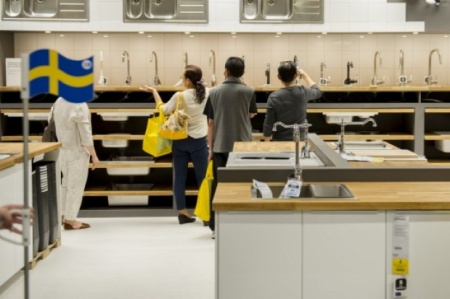 Ikea, one of the last major retailers to embrace e-commerce, will start testing an online retail store in Australia by the end of calendar 2016, ahead of the launch of a global online platform within the next two years.

Ikea Australia will establish on online portal within the next six months and start testing different fulfilment models in several urban locations, including a small format IKEA store and pickup point, an unbranded pick-up point and a third-party depot similar to one already operating in Tasmania.

Country managing director David Hood believes the online store could eventually become Ikea’s largest outlet in Australia, where sales will rise around 20 per cent this year, passing the $1 billion mark for the first time.

Same-store sales have risen about 8 or 9 per cent this fiscal year – with Melbourne and Brisbane out-pacing Sydney – and topline sales have been boosted by the opening last November of a new store in Canberra, which is trading 20 per cent above expectations.

Mr Hood expects sales on the East Coast to reach $1.8 billion or $1.9 billion by 2020 as Ikea becomes more accessible to customers by opening another five large-format stores as well as between six and eight smaller-format stores and online pick-up points.

“I do believe that sort of figure is more than achievable, especially now we see the online possibilities coming,” said Mr Hood, a 25-year Ikea veteran who has been running the Australian business since 2008.

Ikea is one of the world’s largest and most progressive retailers, but when it comes to e-commerce the Swedish homewares retailer has dragged the chain, preferring to lure consumers to its maze-like stores so they make impulse purchases such as kitchenware, picture frames and candles.

Ikea currently sells online in 13 of the 28 countries in which it operates and generated only €1 billion ($A1.5 billion) in online sales last year, 3 per cent of global sales.

Ikea is now developing a single global e-commerce platform due to be rolled out within the next two years and global chief executive Peter Agnefjaell hopes to boost online sales to 10 per cent of total sales by 2020.

Ikea’s online store in the UK, for example, has become the largest outlet in the country, without cannibalising sales from existing stores.

Mr Hood expects similar results in Australia, citing latent demand from consumers who now drive two or three hours to shop at a bricks and mortar store. The new Canberra store, for example, is attracting shoppers from the NSW South Coast, Albury and Wagga.

“It’s a huge growth engine in the UK but it’s not taking away from stores,” Mr Hood told Fairfax Media.

“We have various templates we could use but we haven’t decided which way to go,” he said. “Hopefully by October we could clarify something and then by April have something open.”

The branded small format stores will be around 3000 square metres – one-tenth the size of flagship stores such as Tempe in inner Sydney – and will enable shoppers to browse a limited range of popular products such as Billy bookcases, order online from its full range of 9000 products or pick up previous online orders.

Crucial to Ikea’s online ambitions is a $155 million 70,000 sqm multi-function distribution and logistics centre currently under construction at Marsden Park in Sydney’s west and due for completion around March or April next year.

The solar-powered distribution centre, which uses high-bay storage technology with robotic pallet storage and retrieval cranes, has capacity for 100,000 pallets and will enable Ikea to increase the number of products stocked in Australia from 1300 to almost 9000, cutting the time it takes to ship orders to stores, pick up points or directly to online shoppers.

Mr Hood estimates that Ikea has invested more than $500 million into the Australian operations since 2008, building five large-format stores and the new distribution centre, with more investment to come.