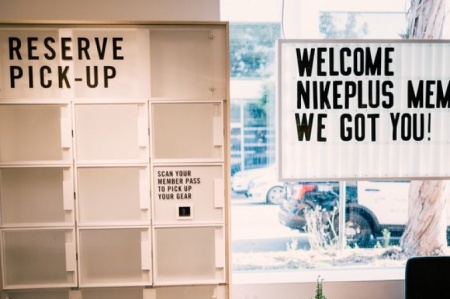 In a retail landscape trying to cater to millennials and Gen Z, experiential retail has become both buzz word and synonym for “good retail,” and some sectors are better poised to adapt to that trend than others.

Beauty retail, for example, has been held up as a prime case study of experiential retail, with specialty stores like Sephora and Ulta pioneering the movement toward services, fresh store concepts and play-based retail. Their success is pushing the rest of the category to shift. Not only have drugstores like CVS and Walgreens adjusted their beauty strategy to meet the same high standards, but department store stalwarts like Macy’s and Saks Fifth Avenue have also been incentivized to adapt.

But, like an infectious pop song (or an infectious disease, depending on the retailer), experiential retail has spread far beyond just the beauty department. It’s surfaced in all manner of ways, from Casper’s pay-to-nap concept to efforts by Nike and Adidas to make trying on sports gear a more active and involved process.

Sports and outdoor retail is another sector that could be primed for an experiential takeover, especially if more big-ticket players start buying into the model. With Nike’s recent launch of the Nike Live concept — an experiential, members-only store format with a localized product assortment set to inform the brand’s flagship store launching in the fall —and similar concepts set for other markets, that push is becoming more of a reality.

Looking at Nike and REI, there are also a lot of different ways to do it.

Nike is no slacker when it comes to experimentation — the company’s Soho store features a basketball court on the top floor where customers can field test shoes and the brand has been relatively unafraid of diving into new commerce opportunities, selling out of both a Snapchat and Facebook sneaker drop in under an hour earlier this year.

The retailer’s Nike Live concept in Los Angeles combines an in-store, physical experience, with an approach that runs on data and draws on mobile to make the shopping experience more convenient and streamlined. The smartphone-heavy approach provides much of the data that informs choices about inventory, assortment and other in-store decisions.

From a convenience perspective, the company is pushing its mobile app as a catch-all of services for everything from reserving products to loyalty points and product information. Those functions in and of themselves aren’t particularly innovative, but Nike is encouraging its customers to use the app at home and in stores. Being able to collect that level of data and insight from loyal consumers could also be incredibly helpful in making sure Nike hits the mark on product selection, as long as Nike puts it to use, according to Scott Webb, president of Avionos.

In order for customers to see the appeal of this approach, the localized assortment Nike is pitching has to be spot on, according to Barbara Kahn, a professor of marketing at the Wharton School of Business at the University of Pennsylvania. The assortment is set to rotate every two weeks.

It’s a bold marketing strategy to exclude shoppers, but all indications point to Nike Live being more than just a one-off flashy store to draw in shoppers. Cathy Sparks, VP and GM of Global Nike Direct Stores, told Retail Dive in July that the plan was to scale the model if it was successful, and to expand some of its services and features to the company’s U.S. store fleet.

While the success of the store is yet to be determined, the concept fits in well with the sportswear retailer, and in particular, the limited edition “drop” culture that’s associated with the sneaker market. The fast-moving assortment mirrors one of the most popular movements in athleisure retailright now — exclusive collections that launch, and sell out, incredibly quickly.

Nike has already had success with limited offerings with sneaker drops on social platforms, and Adidas recently had its own sneaker drop success story through an integration with Snapchat, but this move appears to take that ethos and apply it to an entire brick-and-mortar location. Nike by Melrose in Los Angeles will feature some products exclusive to that store, ostensibly to keep shoppers coming back, but also to give non-loyalty members a reason to buy into the club.

Webb also noted that with the local focus of the Nike Live concept, it likely wouldn’t bring in tourists like other flagship stores — which could give any future iterations of the format the flexibility to be even more localized with assortment, whether its through celebrated athletes from the area or an emphasis on local preferences for sport and exercise types.

REI’s approach to in-store experience — aside from having trial areas for customers to test out hiking boots and other gear — has been to abandon the store altogether. After all, why use a store to show customers how well your products work when you have the whole outdoors?

This is evidently the logic behind REI’s host of outdoor experiences, from local hiking and camping trips to international and domestic “Adventures,”which REI members (and non-members) can pay to attend. It’s an entirely different method than Nike’s, but it also seeks to create different associations. While Nike Live demonstrates the value of its loyalty program and of data-controlled personalization, REI’s brand-led trips ask customers to associate the name “REI” with “outdoor expertise.”

One way of creating that association is, arguably, through the event itself. For example, a customer goes on a camping trip with REI, is guided through several hikes and learns new skills along the way — later in the year, when that same customer decides they need a new pair of hiking boots, they’re more likely to think of the retailer.

Even if customers aren’t purchasing products as a direct result of their last REI trip, the planning that goes into vacations should put the brand top of mind for customers, according to Cort Jacoby, a partner in the consumer and retail practice of A.T. Kearney, a global strategy and management consulting firm.

REI co-op members seem to be the target audience for these excursions, and they receive discounts on Adventures, which vary depending on the trip. Importantly, the whole proposition remains heavily in-line with REI’s brand, drawing from similar marketing campaigns like the #OptOutside Black Friday movement, which has expanded every year.

The outdoorsy trips that REI leads target the typical REI customer: one who is probably interested in the environment, a la the company’s commitment to “rewilding” efforts, and likely sustainability as well — something REI caters to through a used gear website and regular “garage sales” of used equipment, along with other efforts.

Most retailers are probably far from adding a travel component to their business — and not all of them should. What works for REI won’t work for Nike, nor will it work perfectly for other retailers. Still, it is worth thinking outside the box. Last year, REI drew in 375,000 people through its Outdoor Programs and it currently features over 175 itineraries for REI Adventures.

Whether or not international travel is on the list, other retailers would do well to consider opportunities of their own for getting outside the store, according to Jacoby.

FAO Schwarz Is Set to Return, And It Needs People to Dance on the ‘Big’ Piano