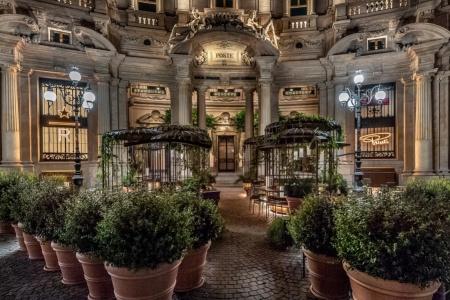 Starbucks has hit the spiritual home of the espresso, opening its first branch in Italy in the form of a cavernous Milan cafe with a heated, marble-topped coffee counter, a mezzanine cocktail bar and a state-of-the-art, on-site roastery.

The US coffee giant said it was “the most beautiful Starbucks in the world”, housed in a 2,300 sq metre former post office in Piazza Cordusio, near the city’s cathedral. It was not intended to “teach people about coffee”, the firm said. “This is where coffee was born.”

Instead, the Seattle-based company’s chief design officer, Liz Muller, said Starbucks wanted to “bring a premium experience that’s different to what people in Italy are used to … including different brewing techniques, and a space to stay longer, relax and enjoy”.

In Italy – where according to the Italian catering federation, FIPE, more than 6bn espressos are consumed every year – the morning or after-lunch ritual is mostly kept short, performed standing up in a small neighbourhood cafe and costs about a euro.

Starbucks, which turned over $22.4bn last year from nearly 29,000 cafes, clinched its Italian deal with the help of Antonio Percassi, a former footballer responsible for bringing the Spanish clothing chain Zara and the US lingerie retailer Victoria’s Secret to the country.

The coffee chain said it had more Milan stores in the pipeline, but declined to say how many.

How Nike and REI made experiential retail a strategy