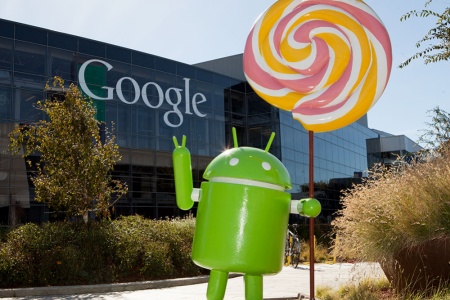 Google has launched its mobile payments system Android Pay in Hong Kong, allowing Android users to make contactless payments in-store as it pits itself against Apple Pay and Tencent’s WeChat Wallet in the city.

Smartphone users whose handsets are enabled with near-field communication (NFC) technology and runs KitKat 4.4 or higher will be able to download the Android Pay app and pay for purchases at over 5,000 locations in Hong Kong, according to the company.

“Android Pay makes mobile payment as simple and secure as possible,” said Pali Bhat, global head of payments products at Google. “Just wake your phone, hold it to the contactless payment terminal, and your payment is done.”

Users with Mastercard or Visa credit cards from six banks in the city – namely HSBC, Hang Seng Bank, Standard Chartered, Dah Sing Bank, DBS and the Bank of East Asia – will be able to link their cards to Android Pay, and make payments at a variety of shops including convenience stores such as 7-Eleven and Circle K, as well as fast food restaurants such as McDonald’s and Pacific Coffee.

Google’s move follows that of Apple, which rolled out Apple Pay for iPhone and Apple Watch in July. Tencent’s WeChat Wallet, a built-in mobile wallet in popular messaging app WeChat, also landed in Hong Kong in January, allowing Hongkongers to link their credit cards to the wallet and pay for air tickets within the app, or even send money to friends.

Leonie Valentine, managing director of sales and operations for Google in Hong Kong, said that 80 per cent of Hongkongers own a smartphone and the advanced mobile usage is one of the reasons why the company decided to launch Android Pay in the city.

Kitty Fok, managing director for IDC China, said that Hong Kong’s mature payments systems could make it difficult for companies like Google and Apple to encourage users to adopt contactless mobile payments in the city.

“Getting users to use Android Pay regularly might take a long process, especially since Hongkongers already have many payment options and are already familiar with paying via Octopus and credit cards,” Fok said.

She added that partnering with merchants to offer incentives to consumers, such as giving discounts when users make payment with Android Pay, could help to encourage more users to make the switch.

“In China, Alipay and WeChat Wallet were successful because they were able to offer users discounts when they use mobile payments, thus encouraging users to adopt that payment method,” Fok said.

However, as Android smartphones take up a larger share of the market than iPhones, Fok believes that Android Pay could also amass more users compared to Apple. According to data from Statista, 84.7 per cent of all smartphones sold to end users in the third quarter of 2015 were Android-based.

Google Wallet, which was previously Android’s mobile payments app, has since been refreshed to work as a standalone app that allows friends to request and transfer money to each other. However, Google Wallet services are still exclusive to the US, and are not currently available in Hong Kong.

Target outranks all other U.S. retailers in solar capacity