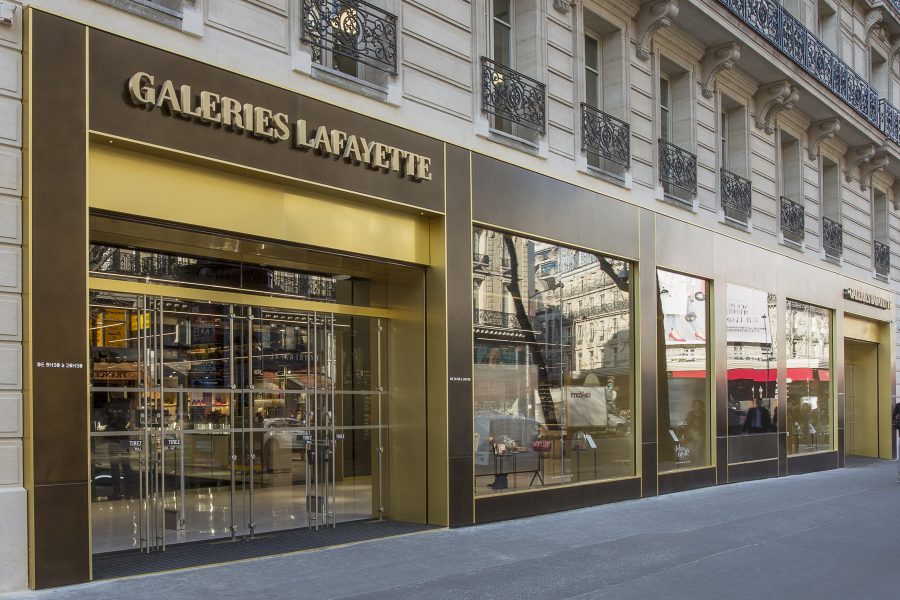 When Colette closed up shop on the Rue Saint-Honoré at the end of 2017, the title of Paris’s coolest store was suddenly up for grabs. Now, the owners of Galeries Lafayette are making a bold play for the role with a new Champs Élysées flagship.

More concept store than department store, the 6,500-square-meter space has been designed by Bjarke Ingels, the architect behind Google’s current and under-construction Silicon Valley campuses. The four floors of the new Galeries Lafayette house a sweet and savory basement food court featuring Le Chocolat Alain Ducasse and local vegan favorite Maisie Café; Café Citron, which is a collaboration between Simon Porte Jacquemus and Caviar Kaspia; and, of course, lots of fashion—all accessed by an immersive entrance tunnel that signals the store’s embrace of digital technologies.

Galeries Lafayette is a French institution, dating all the way back to 1893. Vetements’s Demna Gvasalia chose the company’s Boulevard Haussmann location as the site of his Spring 2017 show in July 2016—few department stores are as iconic or as woven into the history of Paris fashion. To give a sense of its place in the culture, the mayor of Paris, Anne Hidalgo, and Mary, Crown Princess of Denmark, are both attending the grand opening. Indeed, the Champs Elysées flagship is a full-circle moment for CEO Nicolas Houzé and Image and Communication Director Guillaume Houzé.

The address once belonged to their great-great-grandfather, Théophile Bader, who envisioned a venue “midway between retail, services, and entertainment,” not unlike what’s planned for the new store. (The Great Depression struck, dashing his plans, and the building that eventually went up in the spot became a bank, then a Virgin megastore.)

Following a multiyear reconstruction, the Art Deco atrium of the original building remains. Underneath it, Ingels has built a glass stairway-cum-podium with views of the famous Boulevard below and six glass boxes, like indoor shop windows, that hover over the airy space. For the first three weeks after the opening, the inside windows will be dedicated to Chanel, an homage to the late Karl Lagerfeld. There’s also an installation by the Danish artists’ collective Superflex, “Après Vous, Le Déluge,” featuring a dotted blue line encircling the atrium at approximately 15-and-a-half feet, marking where water levels will likely be in 100 years. Let’s just say it’s a good thing there are two additional floors. The first houses emerging labels like Telfar, Alyx, Maryam Nassir Zadeh, Ambush, and Bode, and the second, established luxury brands, including Gucci, Balenciaga, Loewe, Comme des Garçons, and Sacai.

Under Armour Asia is planning an aggressive regional expansion