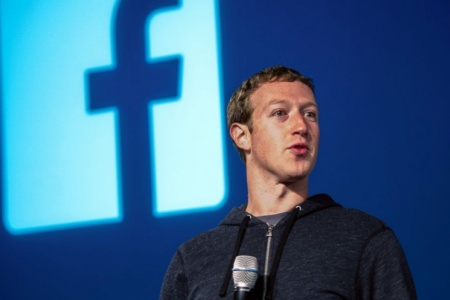 Much of his big picture was concerned with the use of AI-based chatbots to underpin new commerce features, and how Facebook’s Messenger app is the vehicle to deliver them.

“We announced a new technology like Messenger bots that use artificial intelligence to make it easier to communicate with businesses. Now you’ll be able to send messages to a business like you do with a friend – and get a quick reply without taking your full attention or requiring you to install a new app,” said the Facebook chief.

This is not new, of course. Facebook first announced the concept at last year’s F8 event. At the time, the first partners for Messenger were Everlane and Zulily.

The list of companies who are using Messenger to communicate with their customers has since broadened. Last year, Uber, Lyft and Dutch airlines KLM got on board. Now e-commerce site Shopify, news channel CNN and 1-800-Flowers were name checked. In all, more than 25 firms are using chatbots in Messenger.

Also announced by Zuckerberg was the release of an API for Facebook’s live-streaming video feature, meaning developers can include live video from the social network in their apps.

Again, the announcement fits with the Facebook chief’s vision that video traffic is the future for the social network, a statement made during his appearance at Mobile World Congress. Also, last week the company announced new features for its Live streaming service.

Along with AI, the other two key developments flagged by the Facebook chief in the ten-year timeframe were VR and Connectivity.

Politics
Zuckerberg also moved into politics in a speech with comments that were widely interpreted as a critique of US presidential hopeful Donald Trump, but which also had a wider resonance internationally.

“As I look around and I travel around the world, I’m starting to see people and nations turning inward, against this idea of a connected world and a global community,” he said.

“I hear fearful voices calling for building walls and distancing people they label as others. For blocking free expression, for slowing immigration, reducing trade, and in some cases around the world even cutting access to the internet.”

The last comment could be seen as a reference to India’s recent decision to block Facebook’s Free Basics package. Either way, this was strongly worded political comment from the Facebook chief.

Mc Donalds is planning to open 2,800 restaurants in North Asia