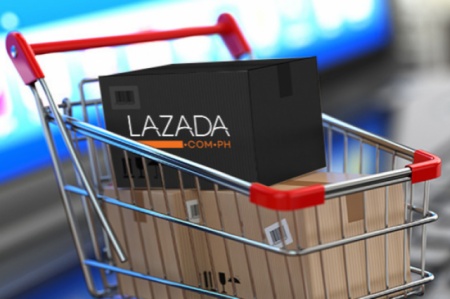 The acquisition of Lazada—which sells everything from rice cookers to smartphones and operates e-commerce platforms throughout Indonesia, Malaysia, the Philippines, Singapore, Thailand and Vietnam—comes as Alibaba has been using its $3.7 billion in free cash flow to expand into e-commerce, logistics and media, as well as entertainment both at home and abroad.

“Globalization is a critical strategy for the growth of Alibaba Group today and well into the future,” said Alibaba President Michael Evans.

Separately, an Alibaba spokesman said the company will be able to tap into “Lazada’s logistics backbone.”

Chinese companies including Alibaba have been on an acquisition spree as they seek to expand into new areas and as growth slows at home. They have turned into voracious suitors this year, agreeing to $92.3 billion of foreign takeovers in industries from semiconductors to agriculture, compared with $106.7 billion for all of 2015, according to data provider Dealogic.

In the Lazada deal, Alibaba said it was investing $500 million in newly issued Lazada shares and an additional $500 million to buy out shares owned by existing shareholders. Those investors include German technology incubator Rocket Internet, British supermarket operator Tesco PLC and Swedish investment firm Investment ABKinnevik. The investment from Alibaba valued Lazada at $1.5 billion, according to the existing shareholders’ statements.

Lazada has expanded aggressively in Southeast Asia, home to some 600 million people, since its founding in 2011. Internet penetration and smartphone sales have been rising in the region in recent years, meaning more people are coming online for the first time—and beginning to shop. The company has been aiming to cater to local tastes by offering items including clothing for Muslim women, such as hijabs.

The investment will help Lazada “increase our focus on e-commerce, technology, payments and logistics,” Lazada Group Chief ExecutiveMaximilian Bittner said Tuesday. Mr. Bittner said that he and the management team will “continue to stay on and work closely with Alibaba.”

Lazada doesn’t disclose profitability, revenue or the amount of business conducted via its platform.

E-commerce accounts for less than 1% of retail sales in Southeast Asia, compared with 6% in Europe and 8% in China and the U.S., according to data from consulting firm A.T. Kearney.

“Alibaba still has more growth opportunities in China, but they want to get in early in emerging markets,” said CLSA analyst Elinor Leung.She said early investments aren’t without challenges, citing Southeast Asia’s weak infrastructure and slower Internet speeds as issues Alibaba would have to work through.

One of the biggest selling points for Lazada, analysts say, is Alibaba’s robust infrastructure and its logistics abilities. Southeast Asia doesn’t have a bevy of warehouses, information-technology management or, in some cases, decent roads, making delivering goods bought online more challenging.

“Alibaba will be able to provide strong infrastructure and logistics guidance, which will help bring costs down and shorten delivery time,” said Nicole Peng, an analyst at Canalys.

Satish Meena, an analyst at Forrester, said the deal gives Alibaba access to a market where competitive dynamics are more favorable to Alibaba than in Western markets.

“Overseas expansion can be very expensive when you include the cost of building the brand and investment in logistics,” he said. “[This deal] will allow Alibaba to focus on bringing [in] more merchants, while using the existing brand name of Lazada to grow further.”