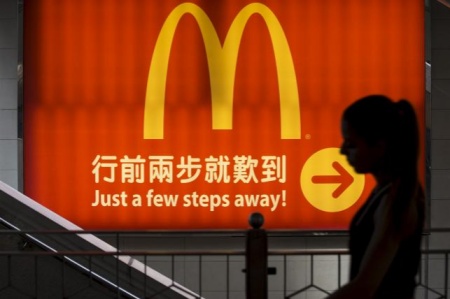 The U.S. fast food giant is adopting a new business model in Asia, which is now the most intense battleground for global restaurant chains, by planning to bring in partners to own the restaurants within a franchise operation.

Several other global restaurant operators have switched to the so-called franchise model and McDonald’s has also set a long-term aim of being 95 percent franchised, the company said in a statement on March 31.

Oak Brook, Illinois-based McDonald’s has hired Morgan Stanley  to run the sale of the restaurants in China, Hong Kong and South Korea, the people said. A formal sales process is expected to kick-off in about three to four weeks, one of the people said.

Ahead of that, McDonald’s and its advisor are drawing up a list of likely partners who will be approached to participate in the auction, the person added.

The franchise partners would likely end up owning a majority stake in the restaurants in each market, or even as much as 100 percent, and be responsible for future capital spending. The precise structure of the deal is still to be decided, the sources said. In return, McDonald’s will get a one-time franchise payment and ongoing royalty fees, which usually range between 3-5 percent of annual turnover.

Asia-focused Baring Private Equity Asia is the other buyouts firm likely to be invited to the auction process, banking sources familiar with the process said.

McDonald’s does not break out country-by-country revenue details. It is China’s No. 2 fast food chain behind YUM Brands Inc, which operates the KFC and Pizza Hut chains.

McDonald’s is leaning towards finding separate partners in all the three markets and would likely offer a majority stake to make the deal appealing to buyers, the people added.

The private equity firms are attracted to the rapid growth opportunity available in the so-called quick-service restaurants’ (QSR) business in Asia.

“In recent years, even though formal dining may have been impacted by the austerity measures, QSR as a format is growing pretty rapidly,” said Kiki Yang, a Greater China partner at consulting firm Bain & Co.

“QSR has the format that a lot of investors like because of the growth of the segment, standardized procedures and it’s easy to expand.”

“This will attract a lot of sponsor interest,” said one senior Hong Kong-based M&A banker familiar with the McDonald’s process. “For one, it’s an established business and second such assets rarely come to market in Asia.”

Buyout firms from KKR & Co  to Carlyle Group and others have raised billions of dollars in new funds in Asia to benefit from the region’s growth potential. But the lack of opportunities to gain control of businesses and stiff asking prices have left the Asia private equity industry sitting on about $140 billion of “dry powder” or unemployed capital, according to data provider Preqin.

Apart from the proceeds from a sale, a deal would lower McDonald’s capital spending needs, which totaled $2.6 billion last year.

McDonald also plans to open 1,500 more restaurants in China and Hong Kong over the next five years, to tap the region’s rapid growth.

However, McDonald’s and Yum, have been facing increasing competition from cheaper local rivals, particularly in China, where they are both trying to recover from food safety scares.

Yum is also in the process of spinning off its 6,900 China restaurants, and is in talks with buyouts firms, including KKR and Hopu Investments to sell up to a 20 percent stake after battling sliding sales over the past few quarters.

Bruised by food safety scandals and changing tastes, McDonald’s is also selling a big stake in its Japanese arm.

Buyout firms, including Bain Capital, Permira [PERM.UL] and MBK, were among those who submitted bids for the McDonald’s Japan stake earlier this year, though it was unclear if a deal is close. All three buyout firms declined comment.

McDonald’s has struggled in Japan over the past two years, closing more than 150 restaurants last year, remodeling almost 3,000 and posting a $310 million net loss in 2015.

McDonald’s owns 49.99 percent of its Japanese arm McDonald’s Holdings , according to the company’s website, and intends to cut that to about 20 percent.