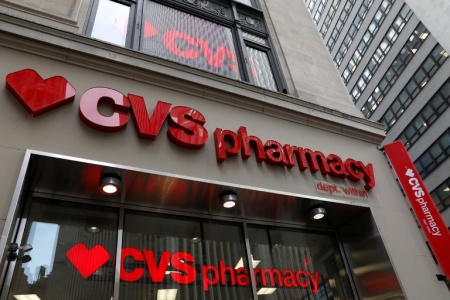 Pharmacy giant CVS Health has agreed to buy Aetna in a $69 billion blockbuster acquisition that could rein in health care costs and transform its 9,700 pharmacy storefronts into community medical hubs for primary care and basic procedures, the companies announced Sunday afternoon.

The pharmacy chain agreed to buy Aetna for about $207 per share, broken down into $145 in cash and the rest in stock. The deal — the biggest health-care merger announced in more than a year — is expected to close in the second half of 2018, subject to approval by shareholders and regulators.

If approved, the mega-merger would create a giant consumer health care company with a familiar presence in thousands of communities. Aetna chief executive Mark T. Bertolini described the vision in an interview as “creating a new front door for health care in America.”

CVS would provide a broad range of health services to Aetna’s 22 million medical members at its nationwide network of pharmacies and walk-in clinics, and further decrease the drug store titan’s reliance on the retail sales that have faced increasing competition.

The deal is likely to set off even more mergers in the health-care industry, which has been undergoing consolidation and faces potential new competition from Amazon. It could position Aetna to be more competitive with UnitedHealth Group, the nation’s largest insurer, which has already expanded  beyond its core business into pharmacy care services, clinics and surgery care centers and health care data.

Even before the announcement, the familiar drug store chain has been a dominant player in the big business of negotiating drug prices for insurers and employees. The merger would give CVS an even broader role in managing health care.

The combined company could leverage massive amounts of data from both Aetna’s medical claims and CVS’s vast number of touchpoints to consumers, including its 9,700 retail stores and 1,100 MinuteClinics.

CVS plans to transform its locations into a kind of community health hub, where pharmacists and nurses can provide follow-up and monitoring to patients recently released from hospital — reviewing and managing their medications and helping them to stay out of the hospital. (Hospital readmissions are seen as a major, avoidable cost in healthcare).

The storefronts could also transform preventative care, offering wellness, nutrition, vision, hearing and other medical services — saving costs by keeping people healthier and providing care in a lower-cost setting than a hospital.

Pharmacists and nurses could help make sure patients with chronic diseases stay on their meds and provide counseling between doctor’s visits, which would keep those conditions in control.

The mere possibility that Amazon will soon begin selling drugs has shaken the stocks of companies up and down the drug supply chain, from wholesalers to pharmacies. The deal would expand CVS’s business beyond the business of selling drugs and negotiating drug prices, to managing all aspects of a patient’s health — and could shift its storefronts to become medical hubs, rather than aisles stocked with consumer goods that people can easily buy in other stores or online.