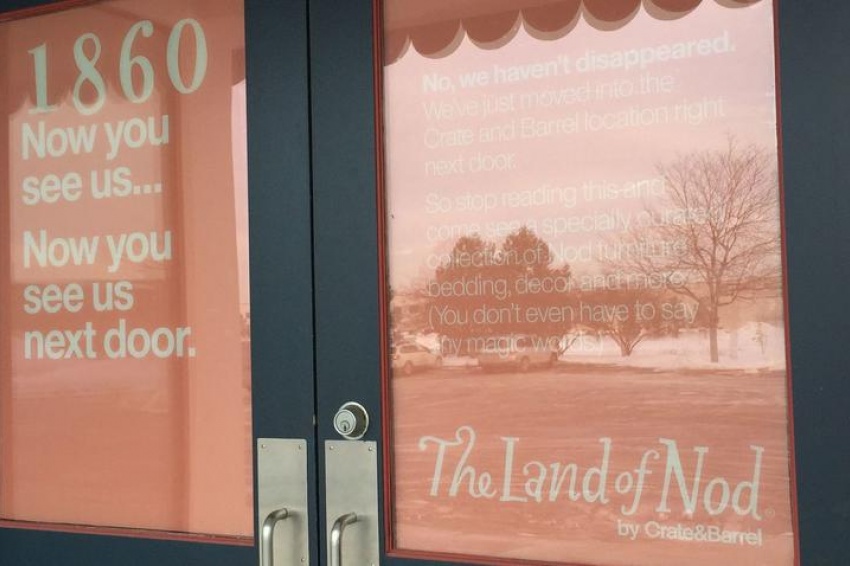 After shuttering nearly all of its Land of Nod locations earlier this year, Northbrook-based Crate & Barrel said it will consolidate the children’s furniture and home goods brand and set up shop inside 40 of its Crate & Barrel locations. The new brand will be named Crate & Kids.

Only some Land of Nod products will be sold directly in those Crate & Barrel locations, beginning in early April; the rest of the inventory will be available online at crateandbarrel.com/kids starting March 7.

Crate & Barrel closed most of its bricks-and-mortar Land of Nod stores, including locations in Chicago and Oak Brook, an outlet in Naperville, and a stand-alone store in Natick, Mass., earlier this year. A store and clearance center in California also are slated for closure.

“Both brands have been listening closely to their customers, and Crate & Kids was born from a unique opportunity to deliver a truly differentiated offer that combines Crate & Barrel’s modern, elevated style with the heart, lively spirit and energy kids are made of,” the company said in an emailed statement.

Company insiders said consolidating the two brands is more efficient and makes the Crate & Barrel brand — which is up against bricks-and-mortar rivals such as Restoration Hardware and Pottery Barn and online-only retailers such as Wayfair — more competitive in the marketplace.

6 new cashierless Amazon Go stores in the pipeline this year