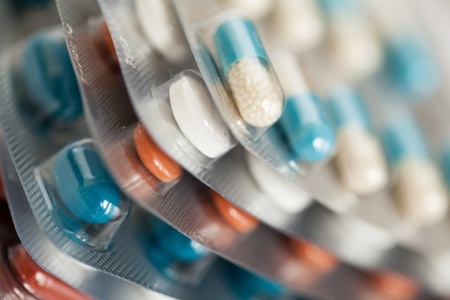 Amazon’s major foray into brick-and-mortar via its $13.7 billion takeover of grocer Whole Foods has led to speculation that it could make a similar play in pharmacy. Cowen & Co. analyst John Blackledge​ late last year said that Amazon would do well to acquire Rite Aid. That would have garnered the e-commerce giant state pharmacy licenses and a drugstore infrastructure with pre-cleared regulatory hurdles, if grocery chain Albertson’s hadn’t beaten it to the punch this week.

Amazon could incorporate pharmacies into its Whole Foods grocery stores as well as into its Prime and Prime Now operations, Blackledge noted at the time. While it may not be able to snag Rite Aid, those operations could still prove handy for Amazon’s healthcare plans.

Amazon already sells medical devices and employs executives to deal with health care-related regulatory issues, and it was previously said to be exploring how to ramp up its efforts in the pharmacy space. All of this has led Leerink analysts to indicate a certain inevitability that Amazon will enter the space within the next two years.

Amazon’s ambitions could go well beyond retail. Last month, Amazon, Warren Buffet’s Berkshire Hathaway and JPMorgan Chase & Co. announced a partnership aimed at finding ways to address healthcare for their U.S. employees, with the aim of improving employee satisfaction and reducing costs, with, several observers believe, implications for the entire American healthcare sector. It’s a tall order, but even the tentative, vague outline of a plan put forth roiled retail and healthcare players. Shares of CVS Health, whose own ambitions led to its $69 billion purchase last year of health insurer Aetna, plummeted on the news, along with those of insurers UnitedHealth Group and Anthem.

But Amazon CEO Jeff Bezos doesn’t shy away from tall orders. Furthermore, Amazon puts its focus where Americans put their money, and Americans put a lot of their money into healthcare. U.S. health care spending rose 4.3% in 2016 to $3.3 trillion, or $10,348 per person, according to the U.S government. “Amazon wants to be part of everyone’s daily expenditures,” Matt Sargent, senior vice president of retail for consulting firm Magid told Retail Dive. “Grocery is the current focus of their attention, but healthcare spending is another very large pocket of spending that Amazon has its eye on.”

Yet retailers like Walgreens haven’t been all that worried. Last July, Walgreens CEO Stefano Pessina expressed doubts that the drugstore and its rivals would have to contend with Amazon’s entry into the prescription market.