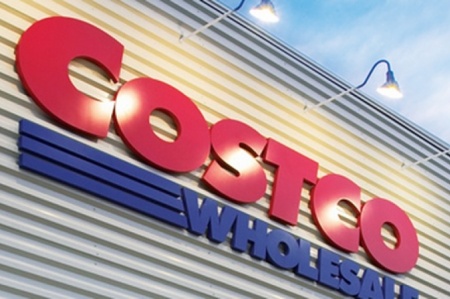 Online, its customers don’t spend as much money with the company, despite having more than twice as many products to choose from.

Up to this point, this strategy has paid off, with Costco outperforming the rest of the retail industry. So robust have its sales and store-first focus been that many analysts have given the club retailer an “Amazon Proof” label.

But investors are still worried that Costco’s high-income consumers might defect to Amazon as the disruptive e-tailer ramps up its online grocery offerings and revamps Whole Foods stores. Half of Costco’s shoppers are already Amazon Prime members. So far, Costco CEO Richard Galanti noted during yesterday’s earnings call, Costco hasn’t seen any impact from Amazon’s much-publicized price cuts at its new stores. However, this could change as Amazon makes deeper price cuts at Whole Foods and builds out its Prime store loyalty program as well as its store delivery platform.

Costco also faces limits to its store growth. Despite intense customer loyalty and a successful expansion into countries like Iceland and France, the company faces issues with store cannibalization, according to Bloomberg.

With all of this in mind, this online expansion is mainly a defensive move for Costco — a way to retain customers that might drift to Amazon or Walmart. Galanti’s commentary during the earnings call seemed to begrudgingly acknowledge this new reality for Costco.

“At the end of the day we would love you to just come in and buy and take it home,” he said, adding that “we would rather lose it to ourselves” instead of letting other retailers snap up the business.

Ideally for Costco, stores will still be its growth engine for years to come, while online will keep customers from straying too far. Given most shoppers’ preference to select fresh products in-store, Costco’s ever-expanding selection of produce and other foods could very well continue to draw customers to stores. But with Amazon as well as Walmart and its Jet.com arm tinkering with and rapidly growing their online grocery platforms, Costco’s efforts to keep pace may not be enough.

US shoppers aren't sticking with Lidl